Part One of this project involved using buttons, PIR sensors and a Raspberry Pi to trigger ambient sounds in a rainforest themed library area. You can read more about part one here.

With part one completed, part two has begun and involves using Aurasma and a range of trigger images within the library area.

To make these augmented effects work, the children had to create a "poster" for each animal they wanted to display. Comic Life was used as it produces eye catching posters easily. Within each poster they had the name of the animal written in large letters and a large gap below. 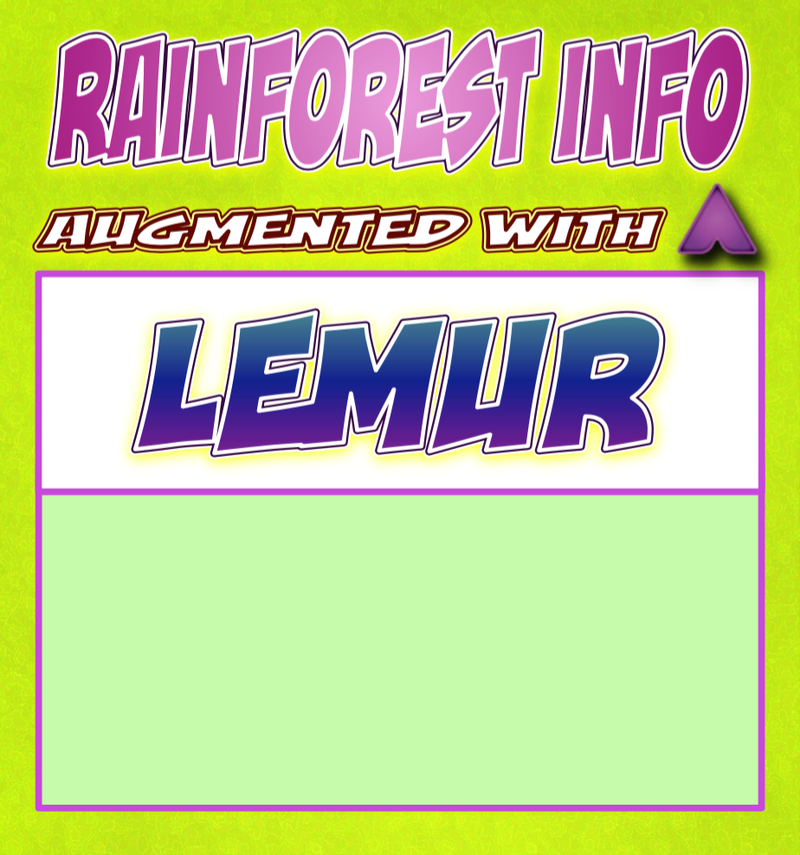 The animal lettering was cropped and used as the first stage of the Aurasma build. This lettering became the "trigger" image that would cause video to display.

Once the trigger had been selected, it was time to add the effect. Rather than just a video appearing, we decided to place a plain green background on the lettering, followed by the video, and finally a "rainforest" overlay with a transparent centre. 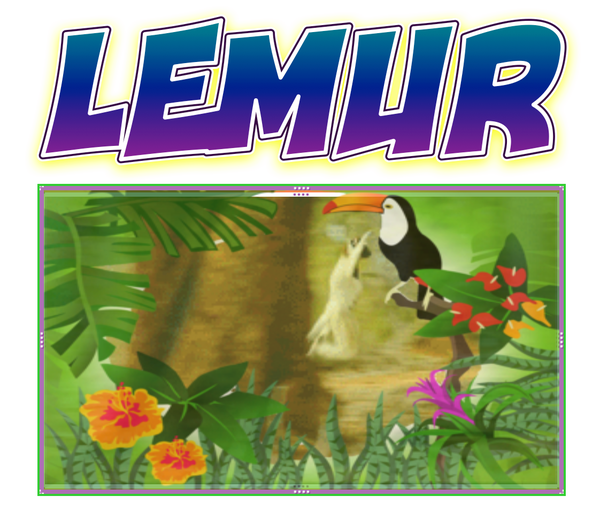 Once all this had been created, the pupils then saved their "Aura" (effect), and dropped it into our 'Rainforest' Channel on Aurasma. 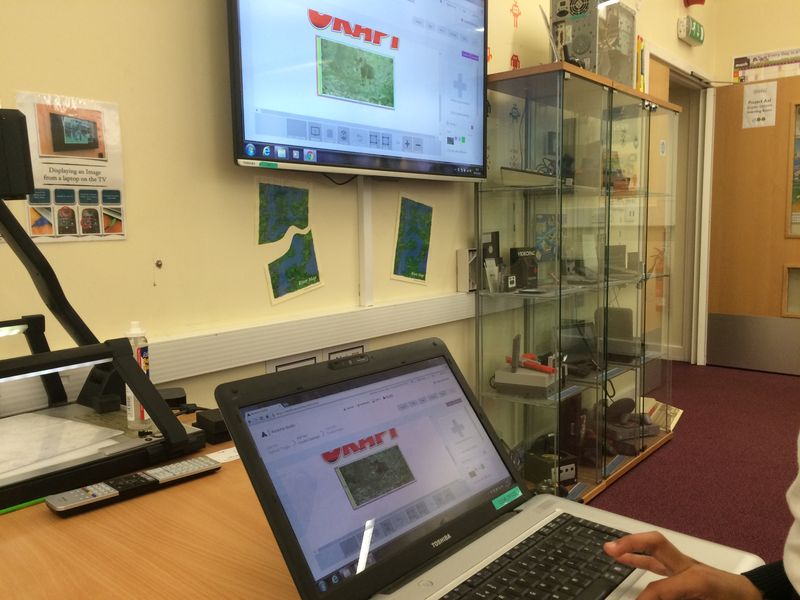 With all eight "Auras" created (Blue Butterfly, Jaguar, Lemur, Opaki, Orangutan, Toucan, Tree Frog and Viper) we checked them on the Rainforest Reading area to make sure the video effects work. 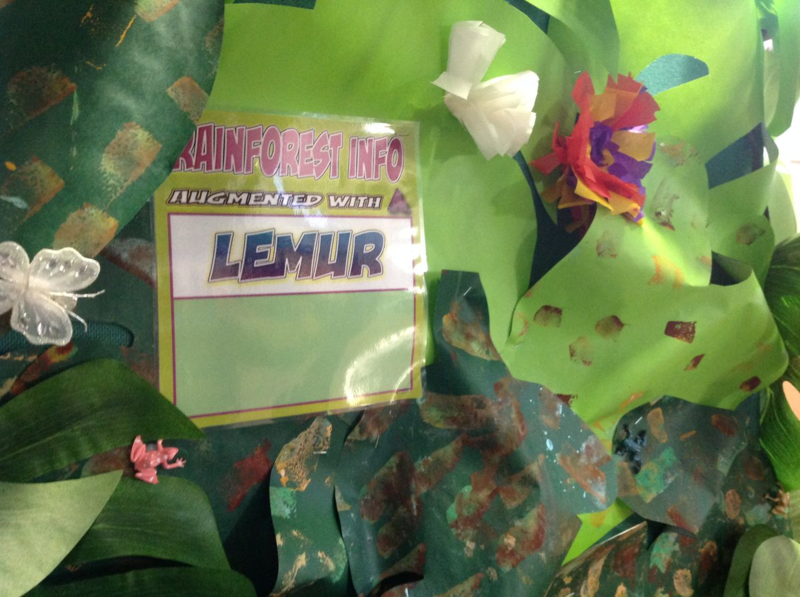 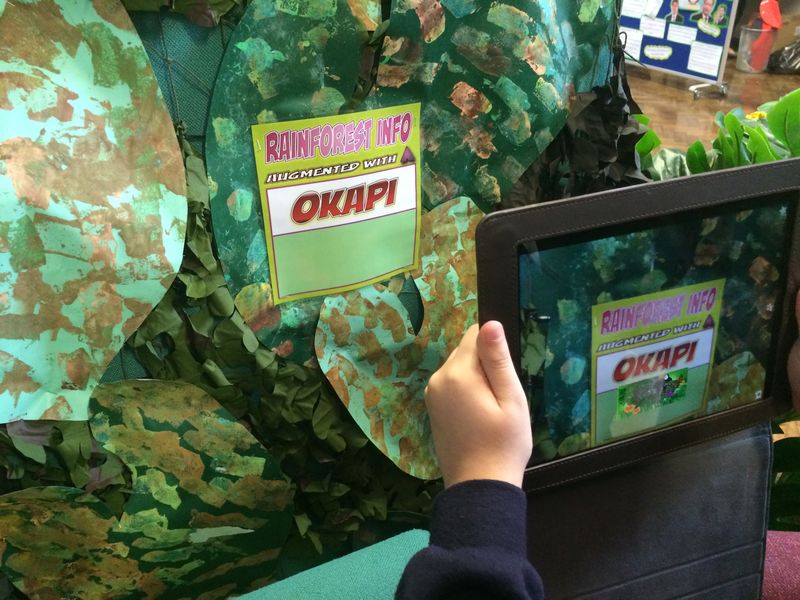 And that's it - Project Axl is now completed. A combination of art, creativity, computing and technology used to provide a stimulus for reading and learning.