When the Deputy Headteacher mentioned that she wanted to change the school library into a rainforest themed area, and have sounds playing in it whilst children were reading books, it seemed a perfect project for some pupils to be involved in using a Raspberry Pi, some sensors and the GPIO pins.

And so, one afternoon in October four Yr5/6 pupils were giving the following items; 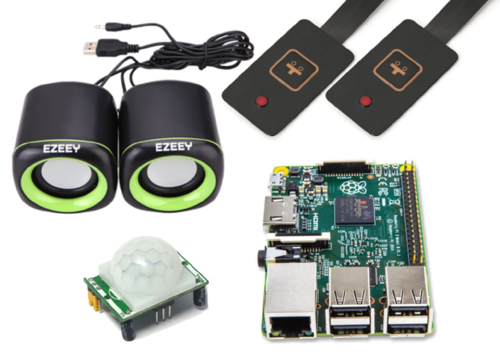 After a little talk about what GPIO pins can do, (and which ones they should be using), they began.

With the sensors and speakers attached, the pupils did a little bit of python programming to create a short program; 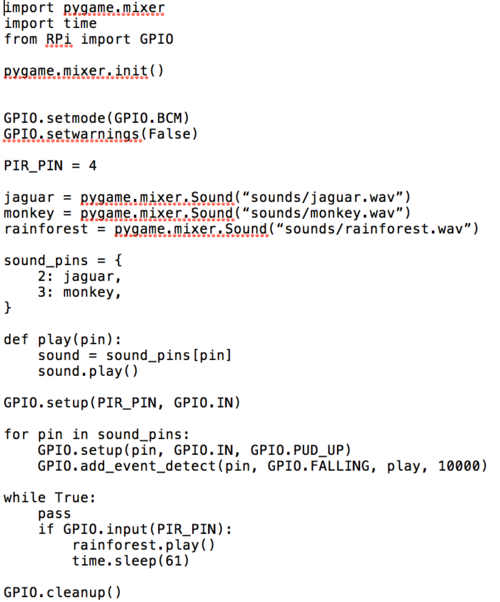 The look on their faces when they waved their hands in front of the PIR sensor to trigger an ambient rainforest background, along with the sounds that played when they pushed the buttons was priceless.

With a working program, it was then a simple case of adding a single command line to the "crontab" file to make the program run automatically on startup (meaning that there would be no need for a mouse, keyboard, or monitor connected to the Raspberry Pi) 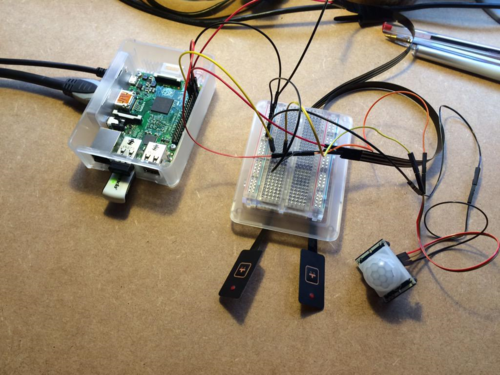 And so, that's it. They've created Part One of the technology aspect of the project. Once the "rainforest" is built, the buttons will be incorporated into the floor of the area, whilst the PIR will sit in the leaf canopy above so that a child entering the area will trigger the ambient sound of a rainforest.