In the previous session the children were busy building the cinema they had planned out. Luke was creating Screen1, and was thinking about how to put a cinema screen on the wall to make it look authentic.

He decided to use the monitor block from the ComputerCraft mod, and discovered that by placing several together it created a bigger screen area. Trial and error resulted in the largest screen it was possible to make - 8 blocks x 4 blocks. However, a black screen in a darkened cinema room didn't work well but with the addition of grey crystal either side of the screen (that looks like a speaker system), the result works incredibly well; 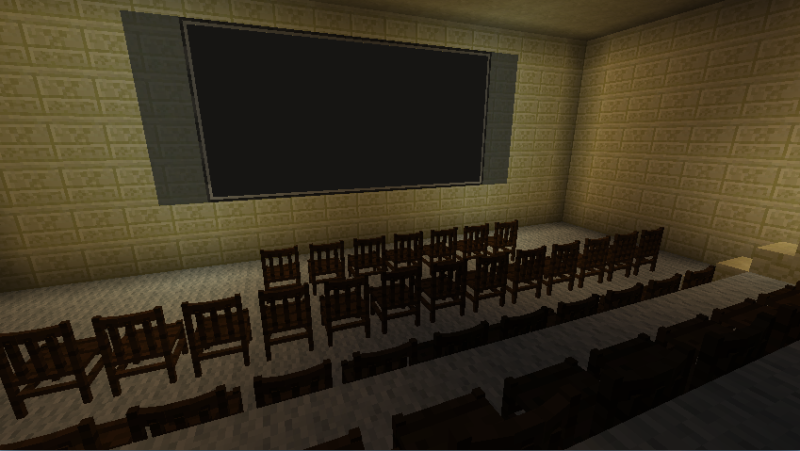 And whilst Luke was working on this area, the "food court" (with counter) and ticket booth areas have both been completed too. 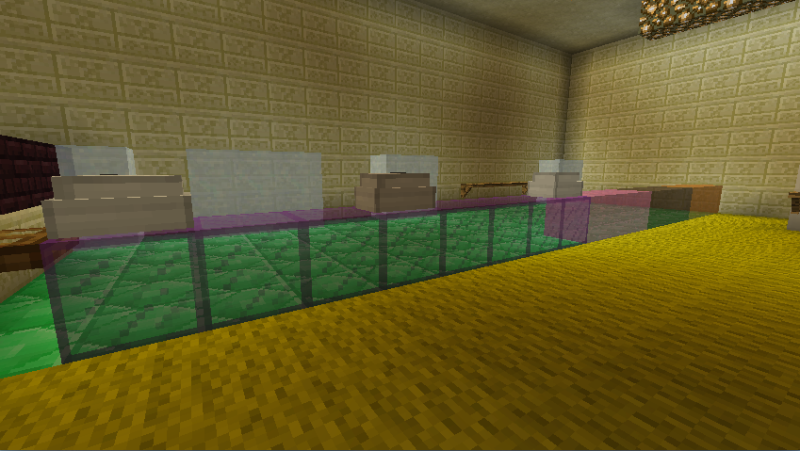 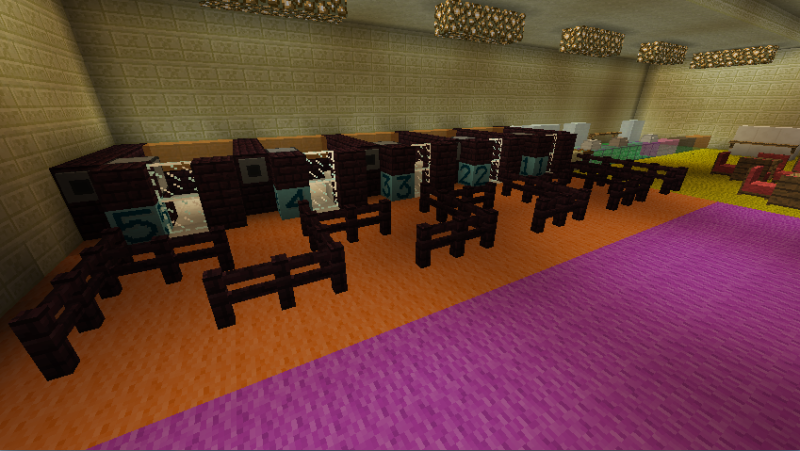