For a long time I've been trying to map the pupils Minecraft world so they can see just how big it is. Last year I resorted to making several 'maps' in game that I then had to stitch together to make an overview of the world. I was never 100% pleased with the birds eye view it created. 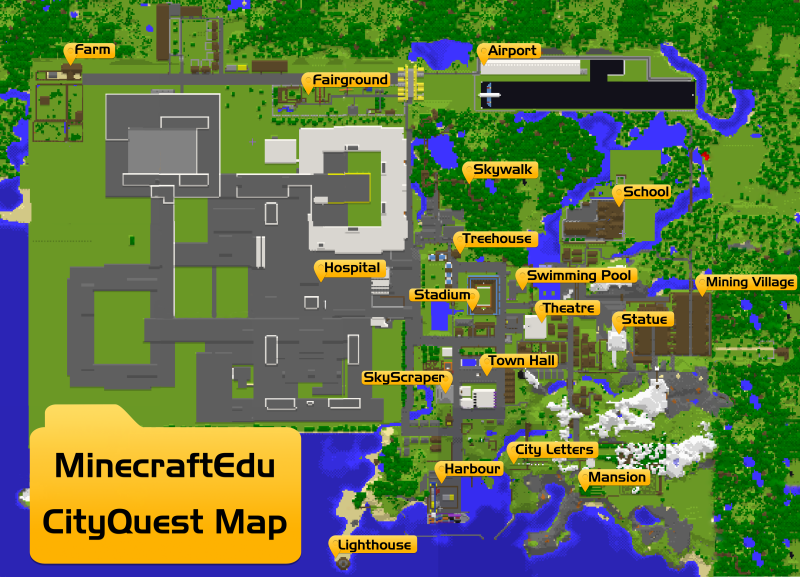 I wanted something more akin to a 1980's computer game view - the view that Bing and Apple maps gives me when I'm in the 3D map mode. I wanted the isometric view. Thanks to mcmap, I've finally got it.

Here is the current world (a little is missing from one edge as I squared off the map) in wonderful isometric glory. (Click on each image for a bigger version of the map) 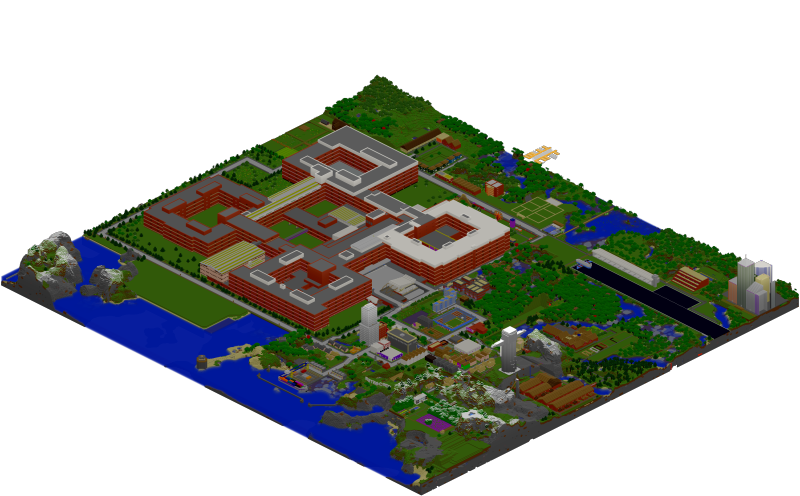 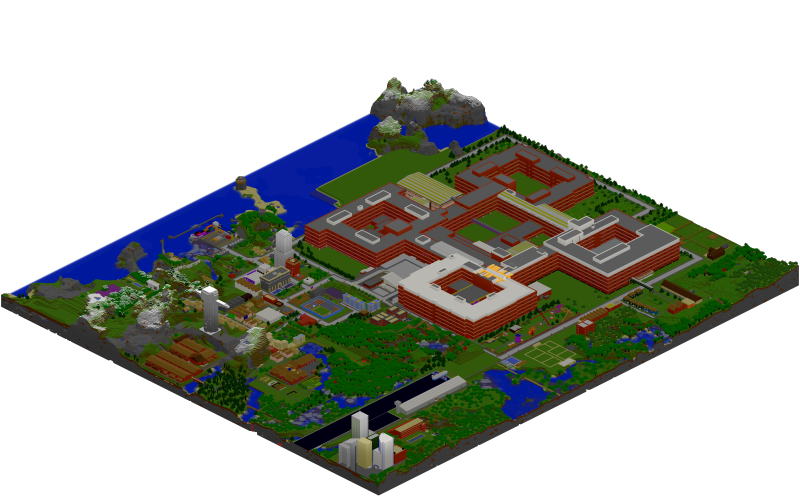 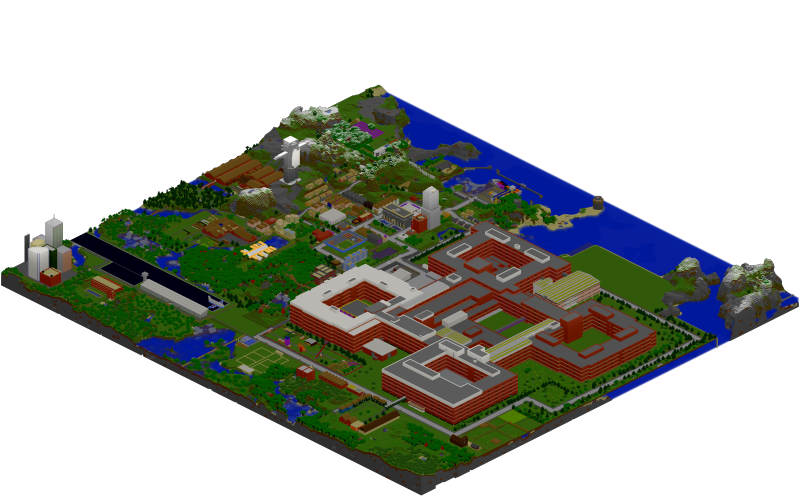 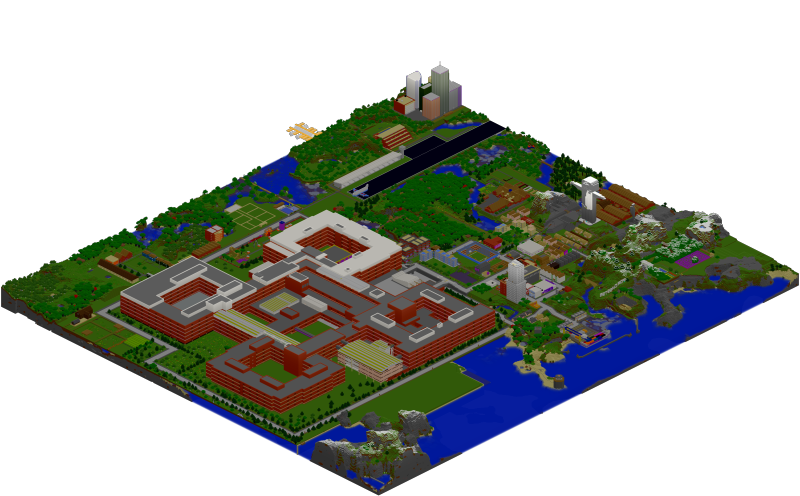 I stumbled across some software today called "MineWays". It allows a MineCraft world to be viewed in a birds eye style, and then lets you select a specific area of the world (for example a version of a school pupils have made).

MineWays then takes that area of the world and presents it in 3D, and allows the file to be exported to a 3D printer. Obviously I had to give it a try using the school 3D printer, and the result is in the photo below (with MineCraft comparison under it); 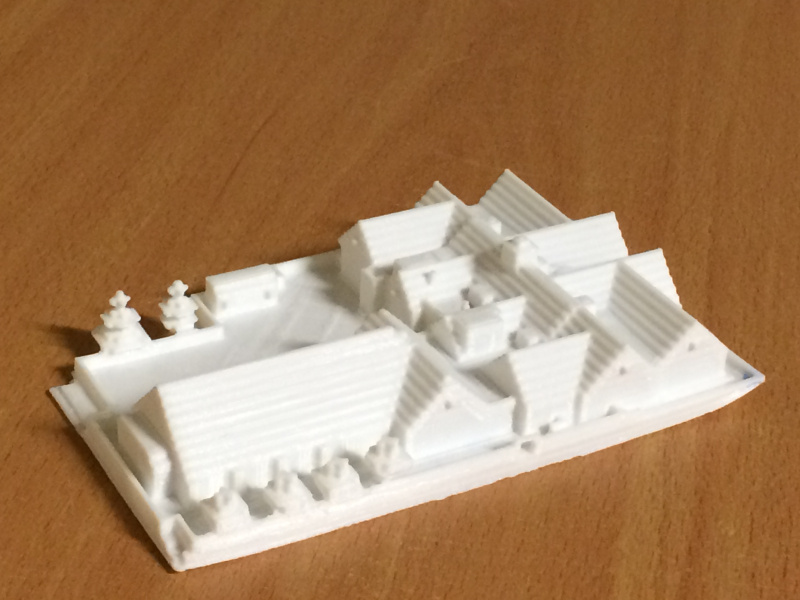 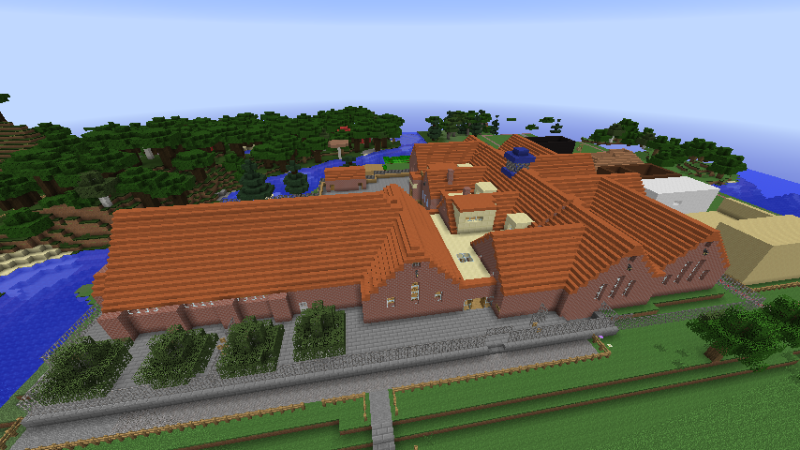 The new visitors to the city have been busy working on their new houses. Following their initial paper based plans (you can see them on the table in the photo below), they have started to construct their actual houses using suitable materials. 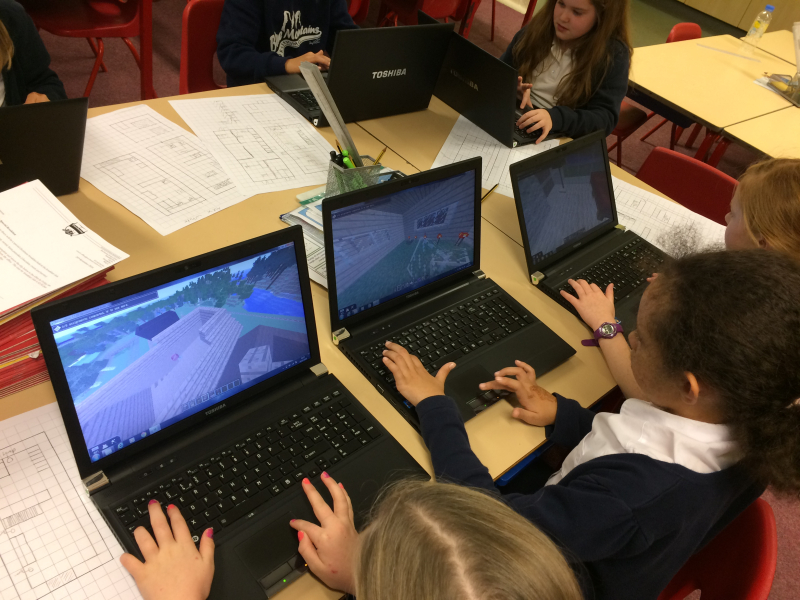 Whilst they were busy building, the "local council" turned up and installed lighting outside the houses along the path and created a new street within the city. 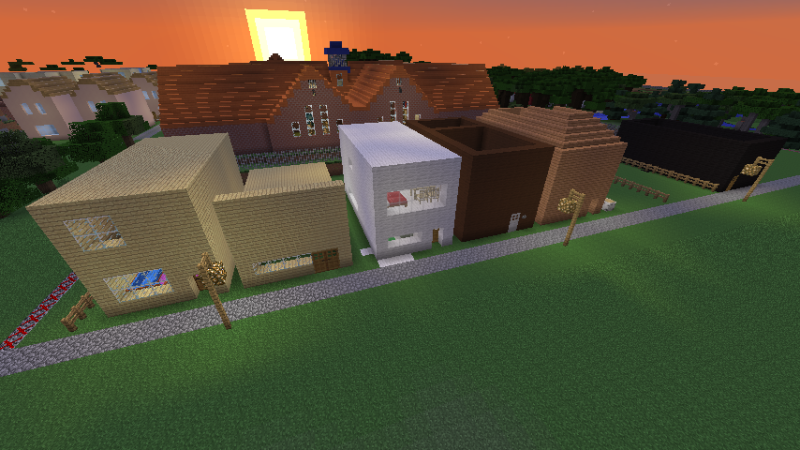 The after school group of pupils who began to construct their new houses last week fetched laptops to continue with their building this week and discovered an issue. They were unable to log on. Thinking that they were doing something wrong, I told them to try again carefully - until I went to log on and discovered I wasn't able to either.

No problem, I thought, as I could just remote into the server and check the MCE server for any issues. And that's where everything started to unravel. I couldn't access the school server. I went to the suite and looked at the server monitor only to be greeted by a strange screen. I contacted our tech via Twitter who was also unable to remote in.

That left a group of pupils unable to continue with their task, and so we quickly thought about other buildings we could design that the city was missing. They settled on a cinema (they city has two theatres already - an open air and a covered one - but no cinema) and began to allocate areas of the cinema to design. They all began to think about our local cinema in the city centre and the separate sections they remembered within it; the ticket office area, the refreshments area, the screen(s)* and the restrooms.

So now we have a cinema blueprint ready and waiting once they've completed their houses.

*Initially all of them thought about designing the screens but soon realised that just one design would be needed as it could be repeated again and again within the building because all the cinema screens look the same.

However, going back to the server issue... with the access problems we discovered our tech paid us a visit the following morning to find out what was going on, and soon had some very bad news. It seemed as though a part of the server where MCE was installed (and the worlds saved) had corrupted and everything could have been lost. Cue my panic at the recollection of when we first started our MinecraftEdu journey and the corrupted world we encountered one day without warning. Fortunately, through a bit of command line investigation our amazing technician managed to find where the files were, back them up, fix the server and reinstall MCE and the worlds without losing anything. What a relief! He's now put in place a system to automatically back up the MCE files, and as an extra backup, I'll be regularly saving the world and then copying that saved file into a third location as an ultimate failsafe. The city has grown far to big to lose!

The Next Generation of builders have finally arrived in the city.

After being given a sheet of squared paper with a template for the footprint of a building, they all designed a house thinking about the space needed to fit in items such as chairs, lamps, tables, etc.

Once they had their blueprint sketched out they entered the city and discovered plots of land by the side of the school just waiting for eager house builders to get started... 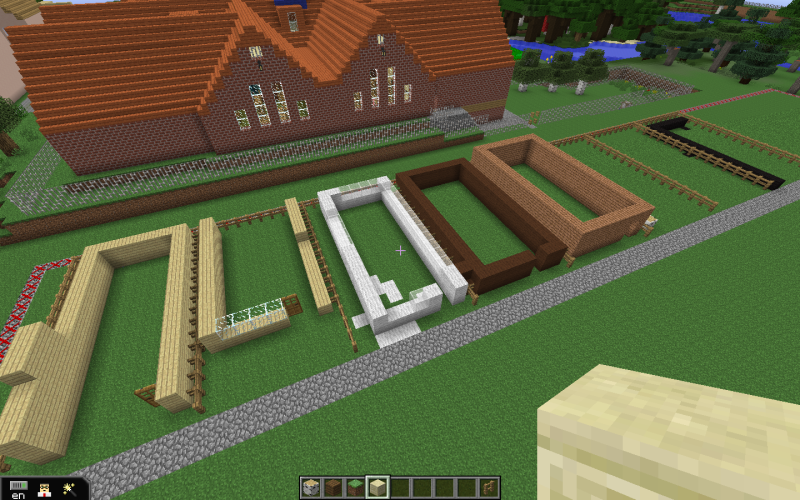