It's all ground to a halt :o(
Redstone ramblings, Part2

It's the spring break (I'd have called it the 'Easter Holiday', but as we didn't break up until after Easter had finished it seems wrong) and I'm sat at my laptop doing some housekeeping on the CityQuest project.

Despite the pressures of the current curriculum, I have managed to - occasionally - find time for my class to take the CityQuest challenge and attempt to find The Great Explorer. They worked in pairs, and over a course of several sessions managed to get about halfway through the challenge. I can see where it needs to be altered, and what needs to be made easier, and so this is one my holiday jobs.

However, I got bored, and so began to mess around within the city. I built a small minecraft powered railway and thought about whether it could contain 'points' to redirect the direction the cart travelled in. The first attempt with sticky pistons was awful. Everytime the piston moved, it ripped up the track next to it making it unusable. But then I accidentally laid the track a full block away from the piston and this time it worked. When the piston activated this time, it pulled the track towards it, and then pushed it away successfully; 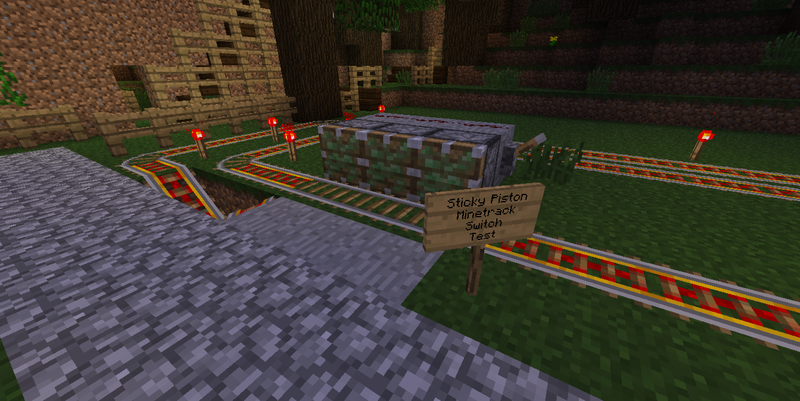 With a little further experimentation, I could lay a second track by the side of the initial track at one block below (to prevent the track from joining), and flick a switch to direct a mine cart along either route.

Then I thought about placing a button next to the track, connected via redstone and a few repeaters so that a user sat in the mine cart could trigger the points themselves; 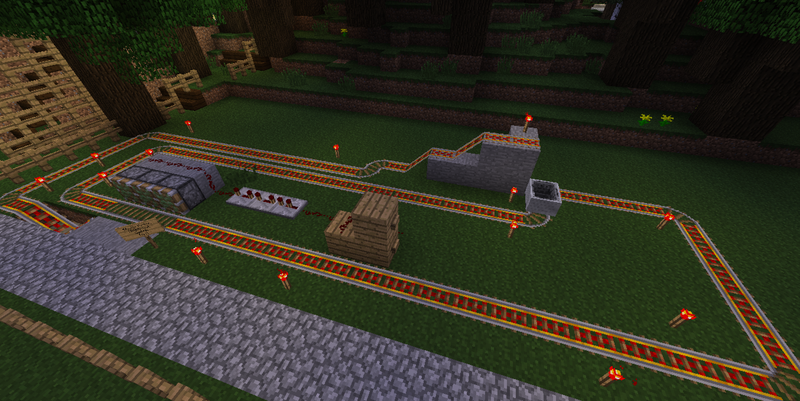 Now I'm trying to figure out just what this could be used for. I've no idea at the moment, but I'm sure something will come to me eventually.