When the project began I asked children if they used MineCraft at home. I asked them what they liked about it. From their answers I was able to choose a [small] group of creative users. The rest of the children had said they enjoyed blowing things up, fighting, and destroying buildings. These were qualities not needed for a creative project. So the small group began.

Other children - the ones who said they played MineCraft so that they could fight, destroy and blow up objects - started to ask why they couldn't join in. Eventually I started to allow them by setting a challenge. If they could design (on paper) a building for the city, they would have the chance to build it.

It worked well. There was a constant cycling of users, and lots of the children were getting a short  opportunity  to join in and contribute to the growing city.

And then the complaints began...

...children moaning that they hadn't been chosen.

...staff then telling me (not asking me first) that they had told ZZZ they could 'join' because they were feeling lonely

...and then today, an email forwarded to me from management telling me to either release the children who stay in so that they can play with a particular child who has no one to play with, or else bring him into the project "if he decides he wants to".

So, as it was my own time I have been giving up everyday, and my own time every evening checking their work remotely logging into the school server and saving the city in case of any corrupted chunks (as happened before), I've decided to call a halt to the project.

It's over. If it was a curriculum topic, and if it was part of my required duties then I'd continue, and bring the children as asked. But it isn't. It's something I did in my own time to give the children a chance to be creative.

Unfortunately, it's becoming more and  more obvious that when you try and make a difference to children's lives and do something creative, if it proves successful you get dumped on.

Their MineCraft city is still online, and some of the pupils have the ability to access it from home if they wish to, so they may be able to continue slowly with the hospital. However, it won't now be running in my lunchtimes, assembly times or break times.

And that's a shame.

Hard work from the pupils this week - after they recruited more help to work on the project - has meant that West Block is now completed. And it looks excellent. 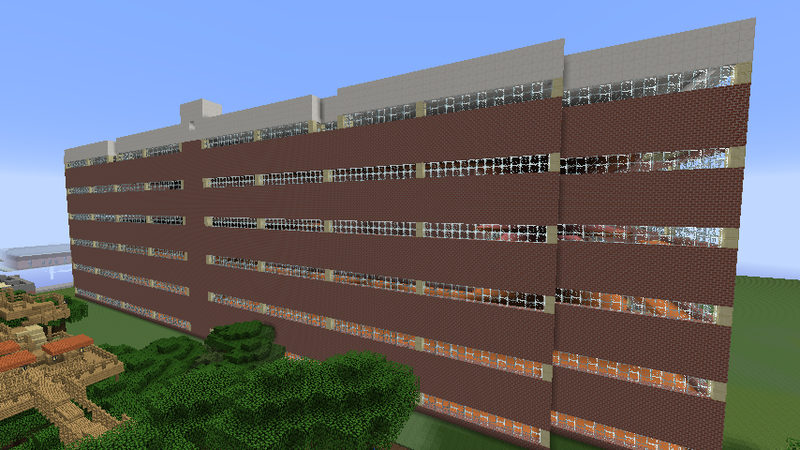 Onto the other hospital blocks now...

The mapping option within Bing is really helping the pupils with their build. The isometric  'birds eye' view feature is allowing them to see where the building turns, where it cuts in, where it sticks out, and a host of other little features that they'd otherwise miss.

It's making their initial flat 2D plan redundant now, as they move from planning an outline to building upwards.

The four minecrafters 'recruited' extra help today as they attempted to start to build up the floors of West Block. By the end of their session they'd managed to reach 'E' floor (one more floor to add) along two of the external sides. There's a lot more to do just before they complete the outer facing walls , never mind the inner facing walls and then the internal structures! 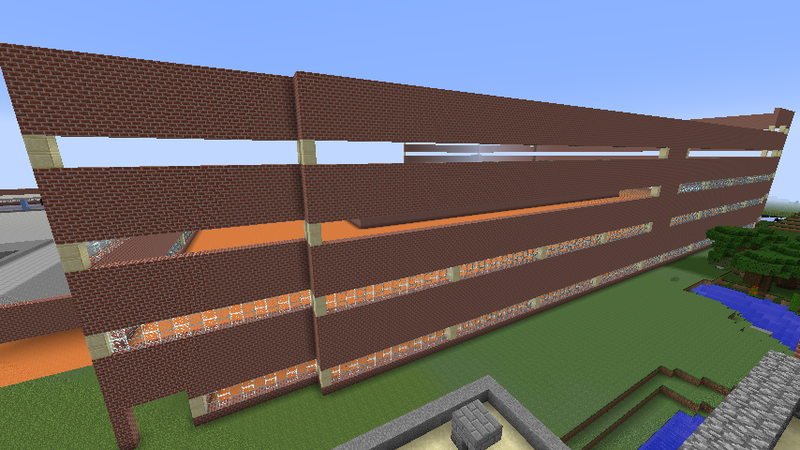 The hospital project is underway, and so far the pupils have created the outside of the 'B' floor' for all 4 blocks of the hospital (East, South, West and the Medical School).

They had already worked out that the hospital looked like it was built from 'sections' and that each of those sections was 16 Minecraft blocks long, and so used that to help with the length of the sides of the building. During the study of the plans, (and some photos), they also worked out that there were sections that seemed to be ½ the normal length, and a ¼ of a section width.

They've also studied photos carefully and realised that the height of each floor from the outside doesn't match up to what they know about how the building looks inside. This prompted a discussion about 'hidden floors' and why a hospital might need them. There were some interesting and confused ideas that emerged (the real reason is to carry essential power / services / gases around the hospital)

The next step is for them to start to look at the plans for the C, D, E, F and then A* floors and add those to their build - but they need to decide whether to build each floor one at a time, or whether to concentrate on the East Block, then West, then South, then the Medical School.

*We're leaving A floor until last as it doesn't follow the same plan and structure as the other floors.

Looking down on the outline of B floor on West Block (the hospital main entrance would be off to the right, and the medical school is off the bottom of the image). The strange shape in the centre is the outline of the inside edge of West Block 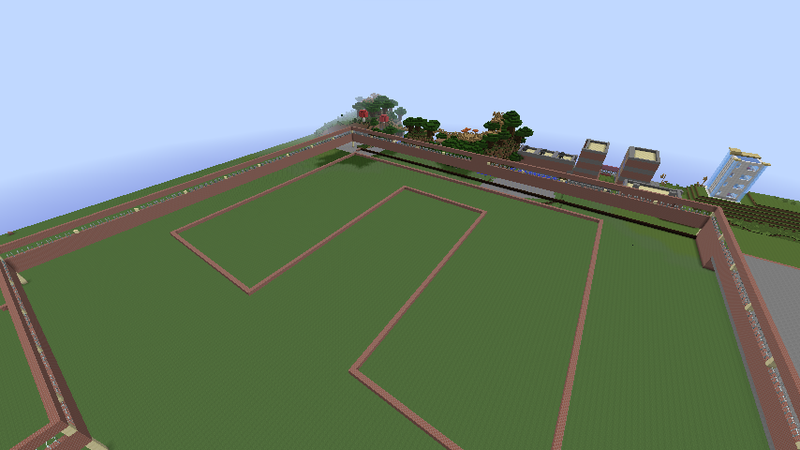 The Minecraft city has been growing and growing, but it's missing one important building - a hospital. We have a rather large teaching hospital in our city, and so I've set the pupils a new challenge: to create a Minecraft version of the Queen's Medical Centre building.

The pupils began by looking at one part of the building (the 'main entrance' area) and worked out how they'd recreate it with blocks, After calculating the number of blocks needed for a section, they then looked at an online plan, and figured out the scale of the map. It turned out to be 1mm = 3.5 minecraft blocks. From this they measure the sides of the hospital plan, and worked out the dimensions of each floor.

They've now started to construct the hospital. It's got a square footprint of 220,900 blocks, and it's going to take a while to build. Nothing like a big challenge as the end of the year approaches! 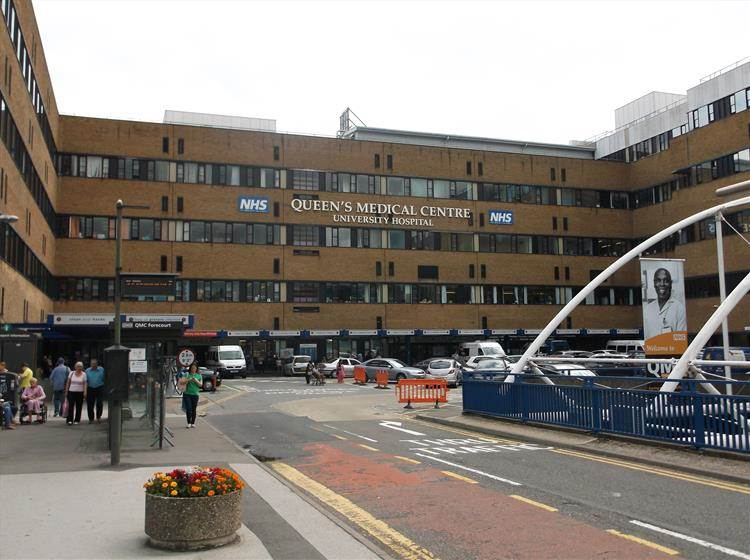 Pupils 'blocked' out a section of the floor 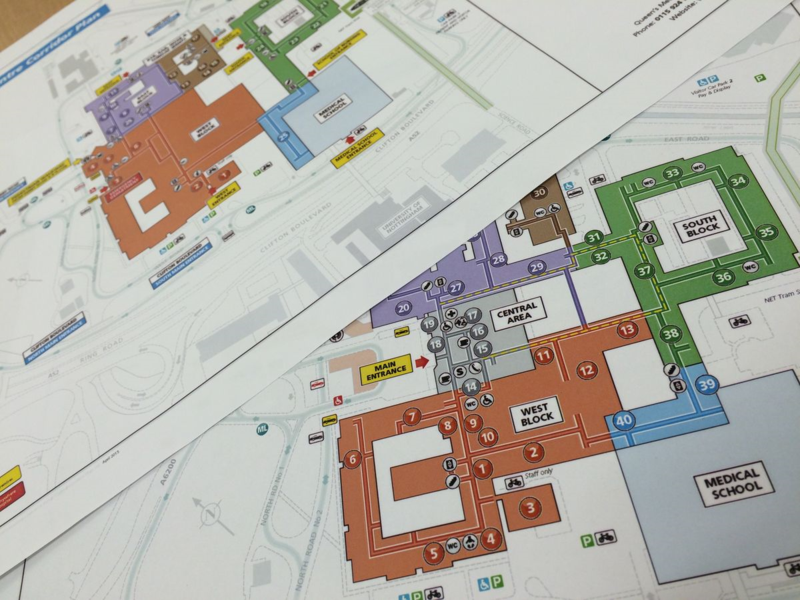 and used an online plan to work out all dimensions 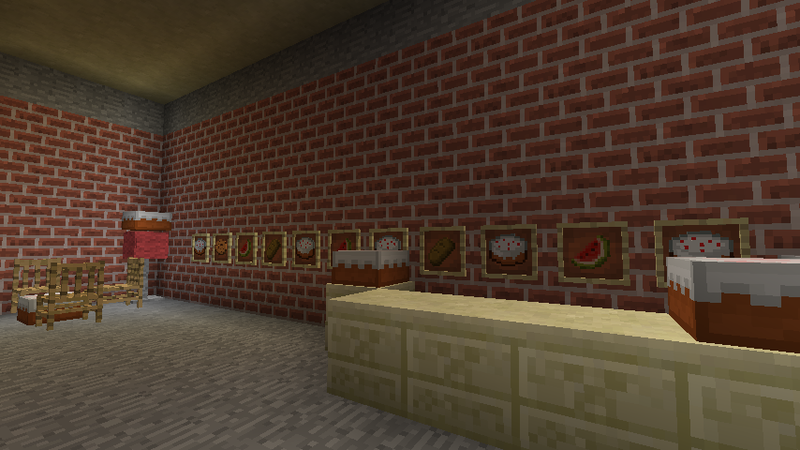 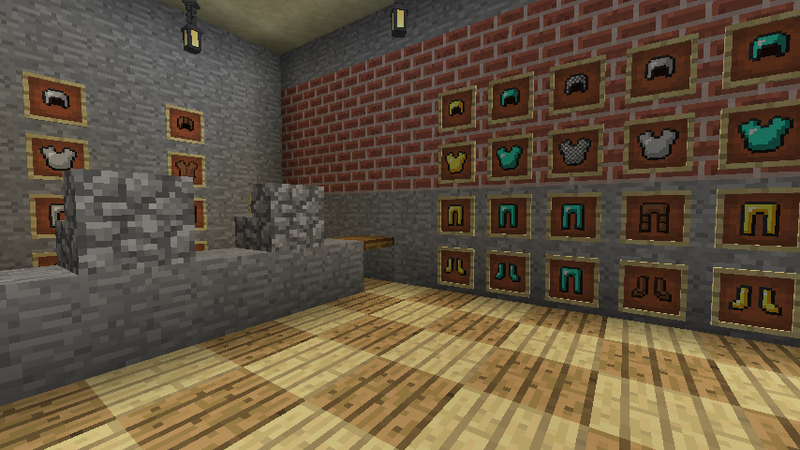 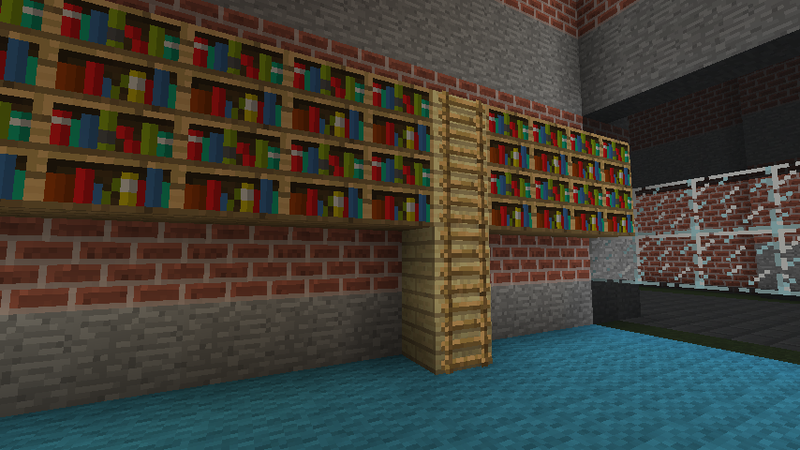 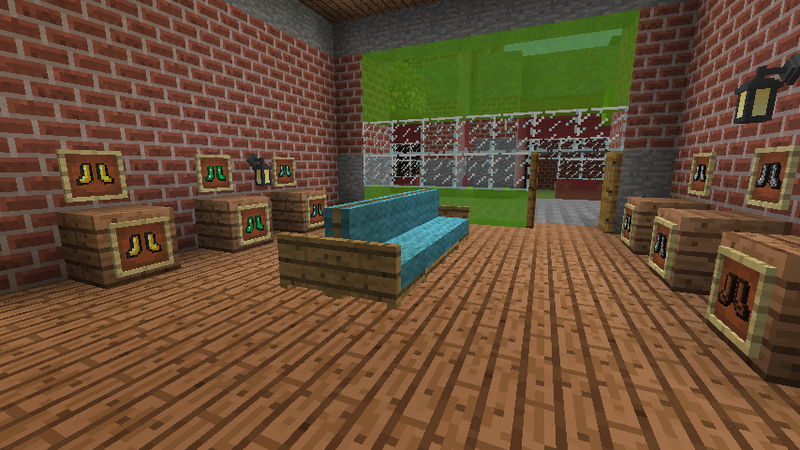 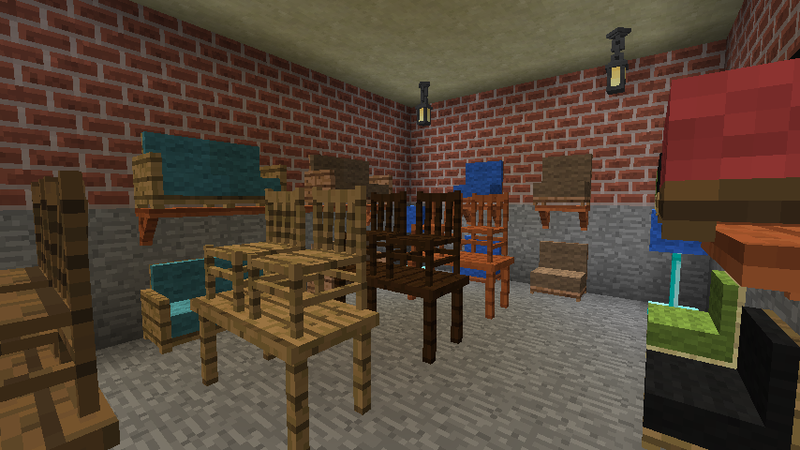 A new shopping area is being constructed. It contains a range of smaller shops... 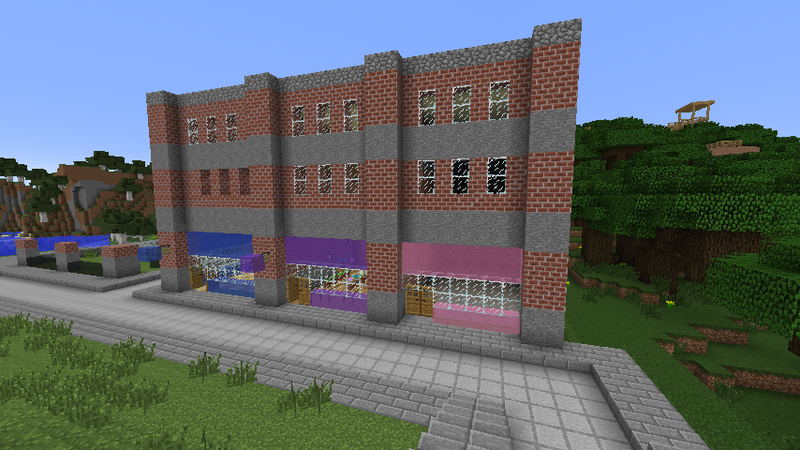 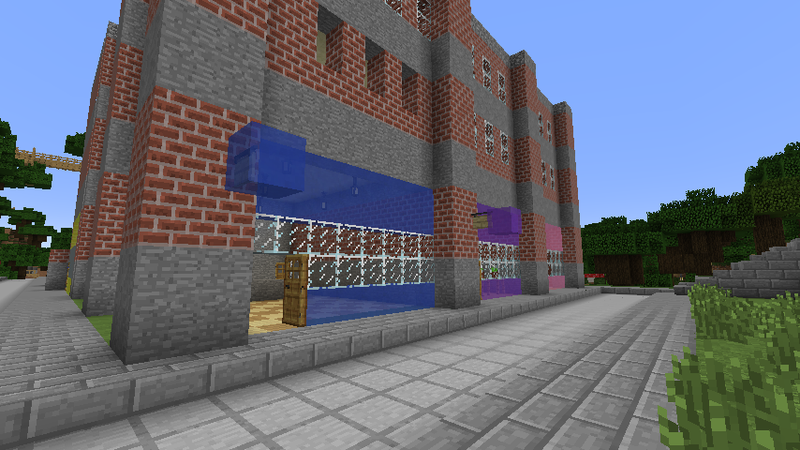 A container ship has arrived in the port and is being attended to by a larger, improved crane... 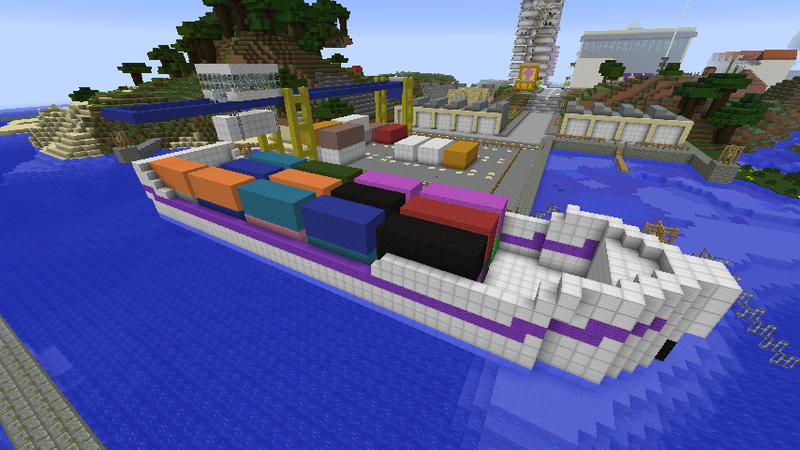 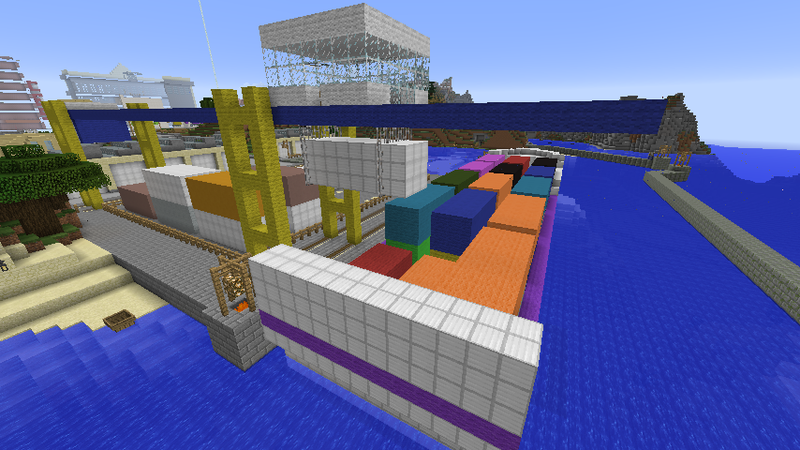