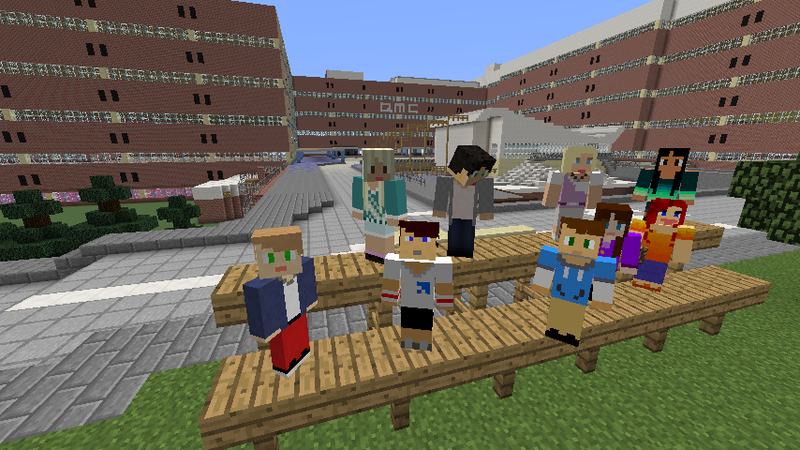 When you work together...

...it's amazing how quickly you can get something built. 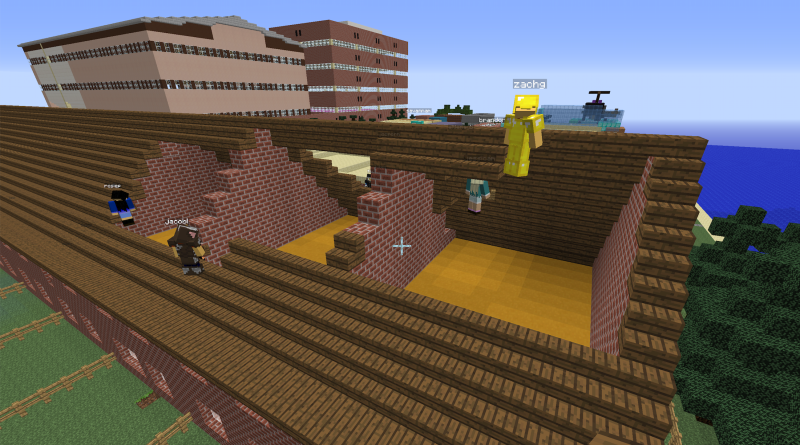 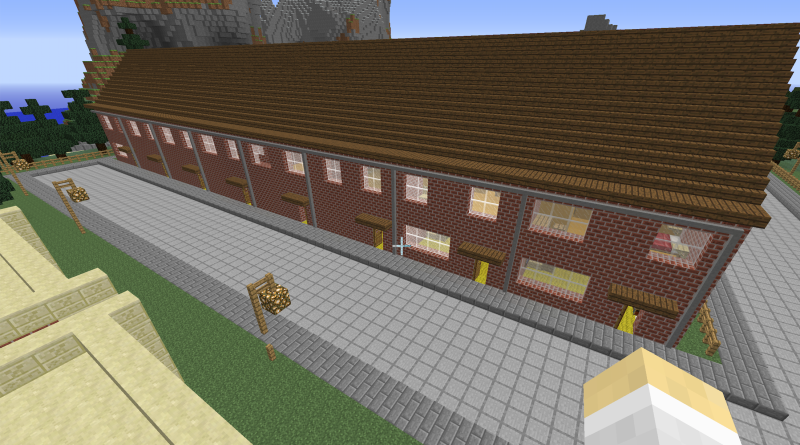 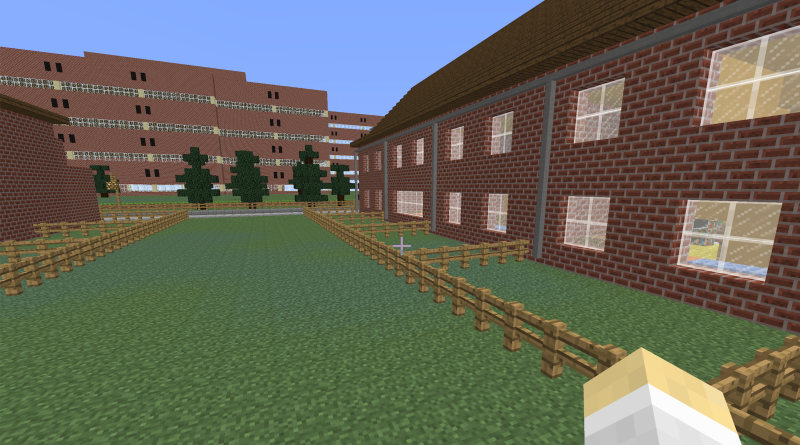 Which left enough time to get started on a few more terraces. 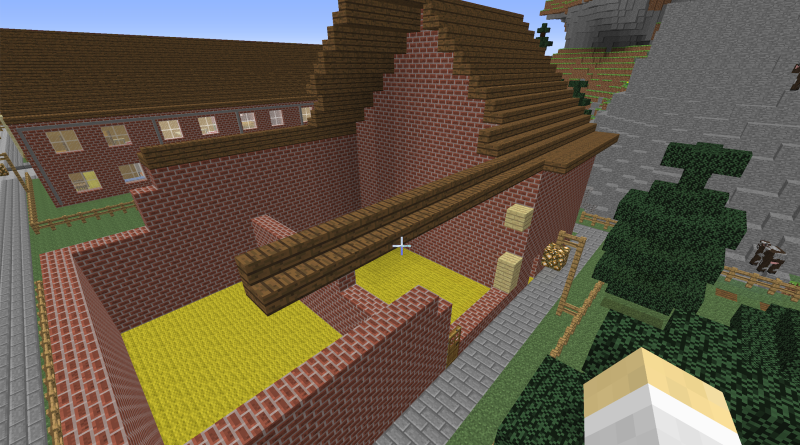 The new recruits to the Minecraft have been busy building their own properties in allocated plots of land.

However, these buildings are now complete and the pupils have moved onto a new challenge. They logged in and met the teacher at an empty street.
Empty that is, apart from a single property at the start of the street.
Their challenge was to study the completed house, and then work together to build a row of terraced properties that shared the same dimensions. 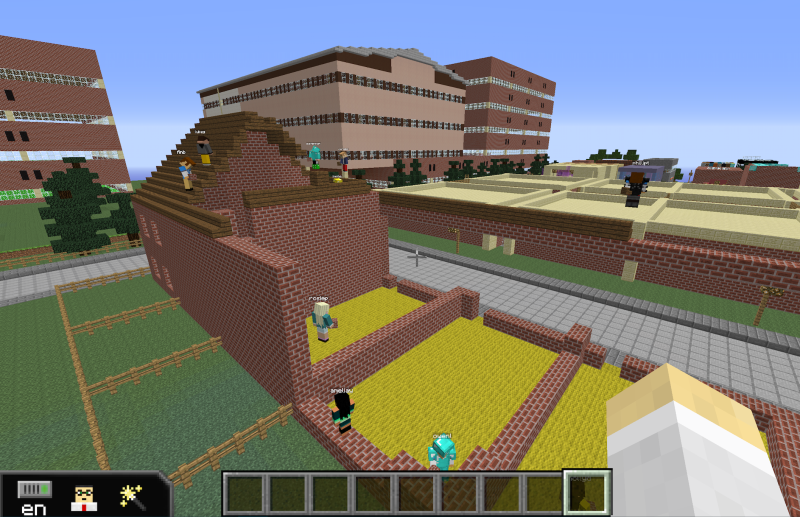 Oh, and there was one additional rule - they were not allowed to call out to each other. So how could they decide who was going to do what?

Short messages began appearing in the Minecraft window as pupils started to communicate with each other via messages. 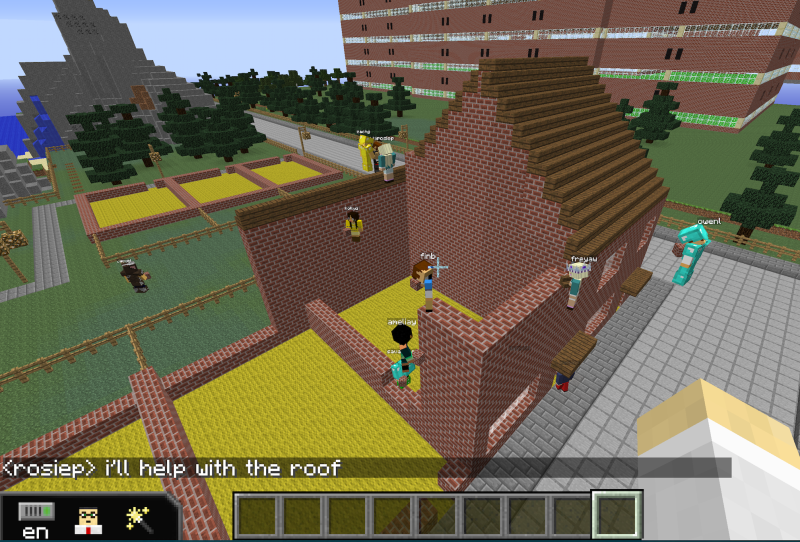 At the end of the session, the terraced row was taking shape; 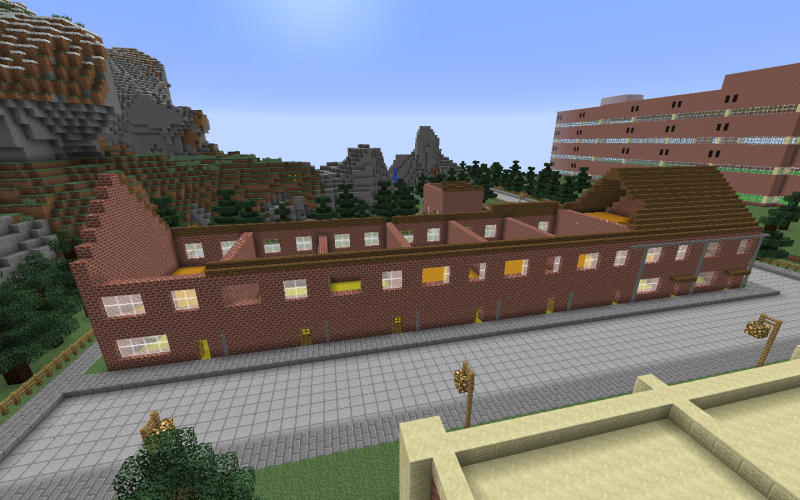 It's always good to start again, and a new team of 20 pupils have had their first session in the world.

They had a play with the keys and getting used to moving (when they've only played MC using a console, it's a little different using a keyboard!), and then went on a walk - led by myself - from the Town Hall to a new housing estate where 20 shining plots of building land were sat waiting. 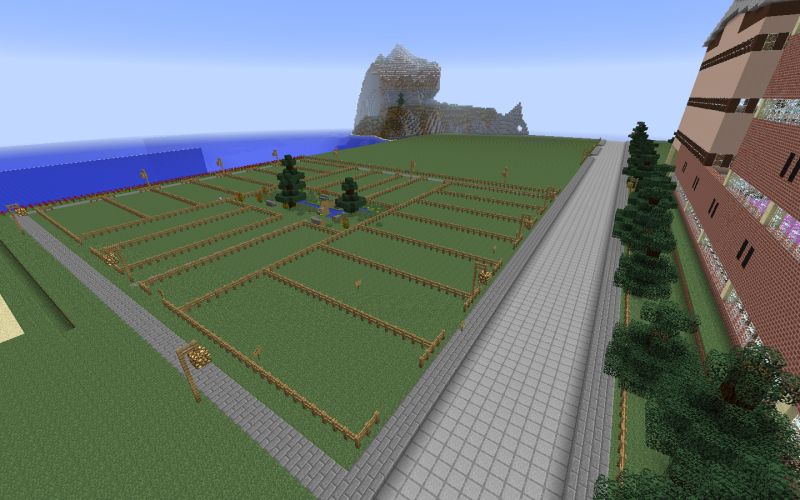 Each child has taken a plot, added a notice to let others know whose land is whose, and gone away with a sheet of squared paper to plan the ground floor of their 16x8 block dwelling. 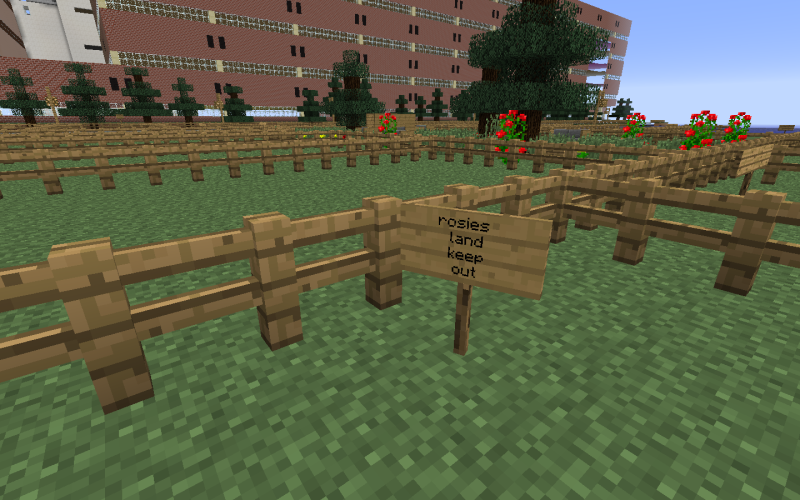 Images on the cinema screen

With the pupils completing the cinema design, it's time to move onto a new project. Except that there is one more thing needed at the cinema - something on the screens. They are sitting there blank.

What would be much better would be picture (or a movie playing - even better) to make it look finished.

When we first started the cinema build, I was chatting to the school technician about this and we both tried - unsuccessfully - to find a way to get an image on the giant monitor.

Well, I wasn't prepared to give up and have been beavering away  since using the computercraft mod.

Today I cracked it. The reason we were failing (primarily) is that (1) the children had built the screen using the 'basic' monitor with a grey surround and (2) I connected a 'basic' computer to it. Basic, in this case just wasn't good enough. It needed 'advanced' monitors with the yellow surround and an advanced computer. 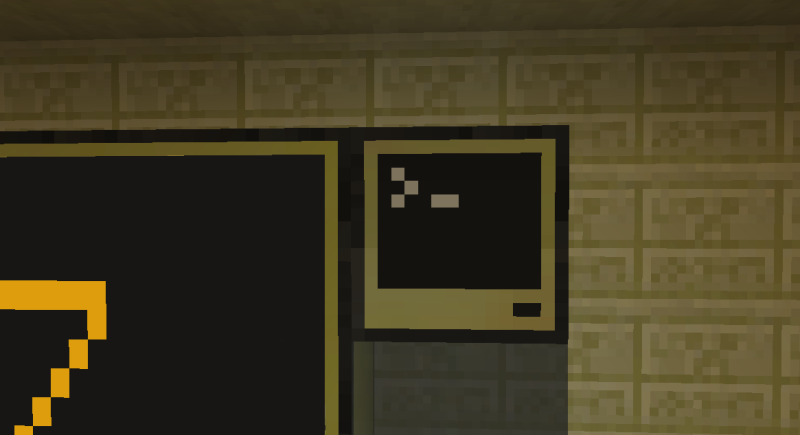 Because the computer was placed to the right of the screen, it meant that "monitor left" would need to be used to send the output to the screen correctly.

Once the advanced items were in place I needed to open the "paint" program on the advanced computer, making sure it output to the location of the monitor, and the specify an image name.

Once this was running I could then draw - block by block - an image on the cinema screen; With an image completed, I used CTRL + S to save the image to the advanced computer.

To make the image appear whenever I wanted it to, I needed to edit the start program on the advanced computer

and then write a program that would call up the image from the advanced computer, and draw it on screen. 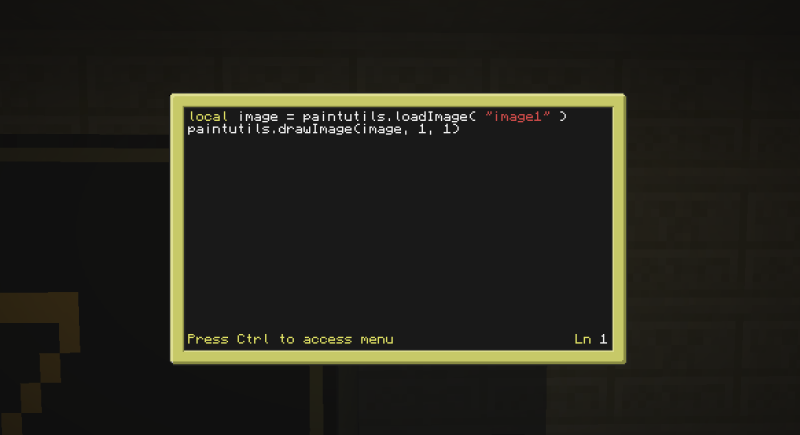 Once the edited start file had been saved (CTRL  key then select SAVE), it could be run with the following command to make sure the display was sent to the big screen on the left of the computer; 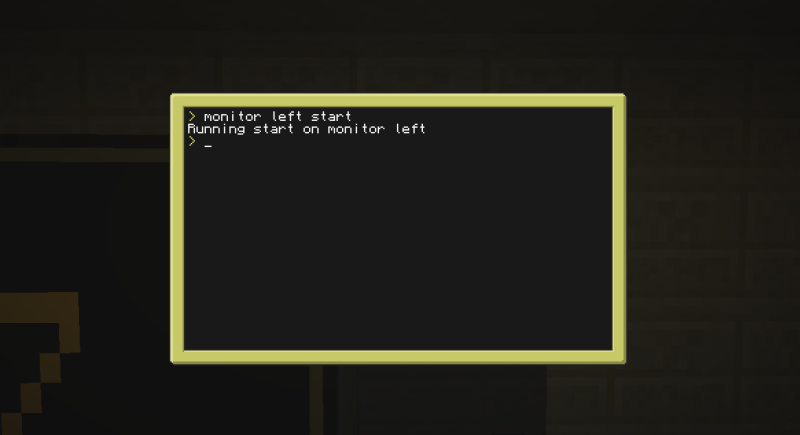 So now showing on Screen1 is a blockbuster movie, while on Screen2 is a film about a plane; 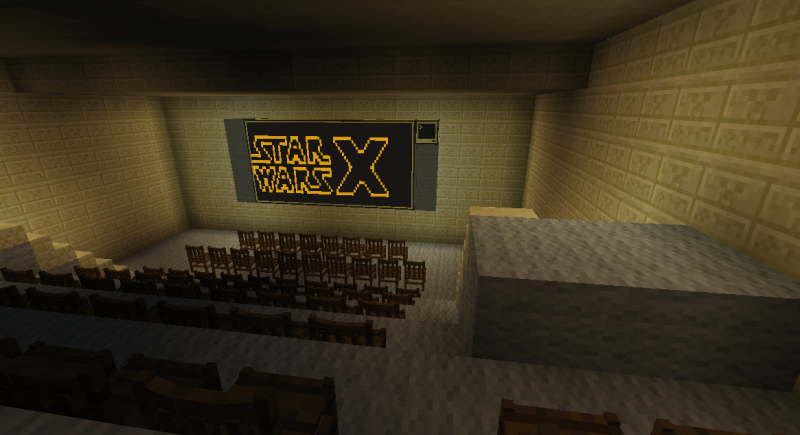 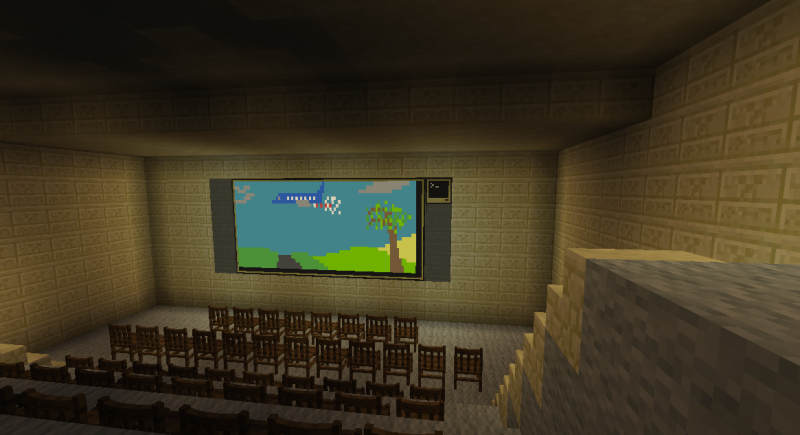 Using the isometric view that MCMap creates from MineCraft data, (as mentioned in a previous post) I've created a view of the World created so far by pupils over the past few years. Seeing it like this, it suddenly becomes apparent just how much creativity there has been. 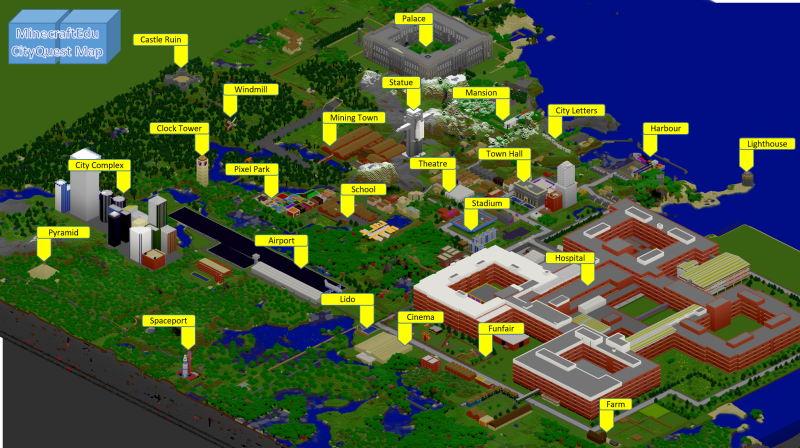 Tidying up, and a return to old work

This week the pupils completed their Palace design. They placed a two block high wooden fence on the roof to add an effect that worked perfectly as the final touch. 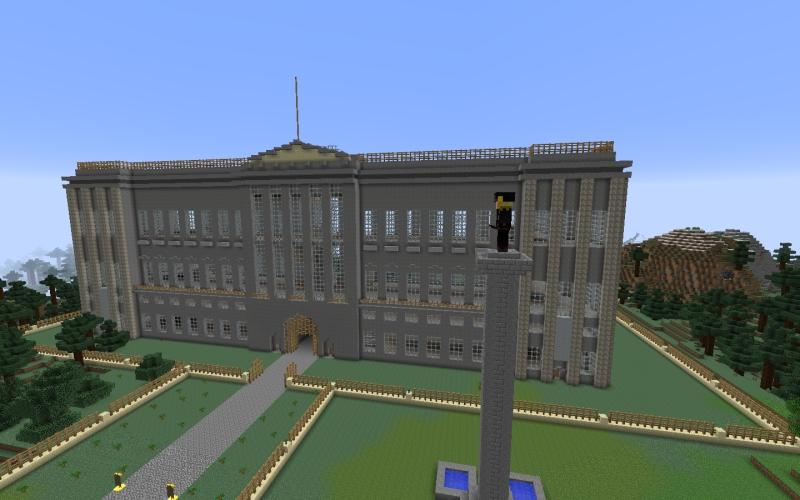 As they had a little time left after completing this, they returned to the cinema design (they started this long before we had the annoying laptop issues) and set about finishing off screens 2, 3 and 4. 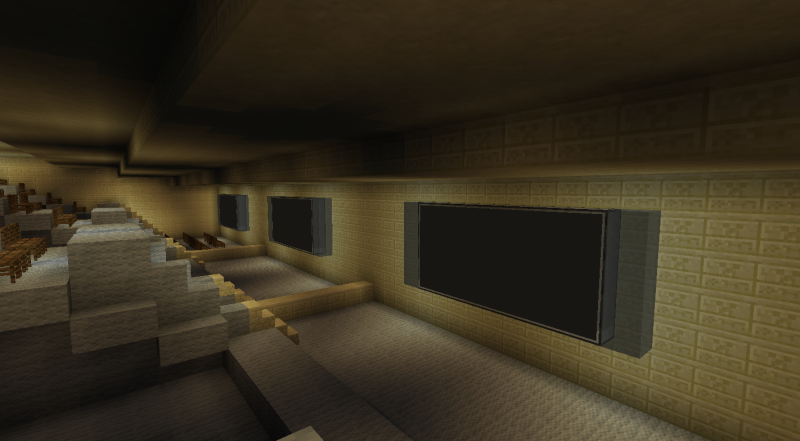 The palace project is progressing. Pupils have been working on this during their lunch and break times, and have made excellent progress. 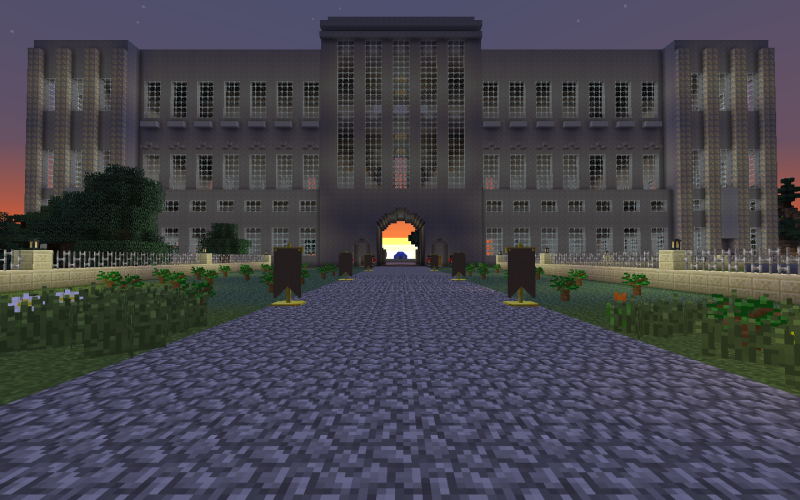 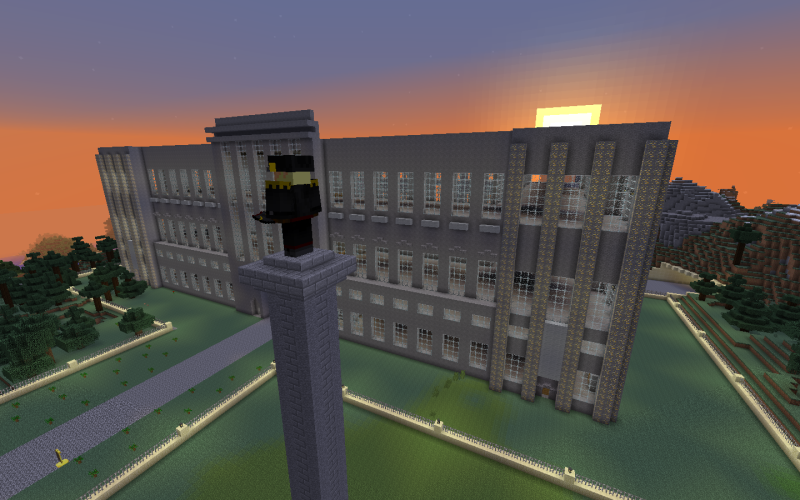 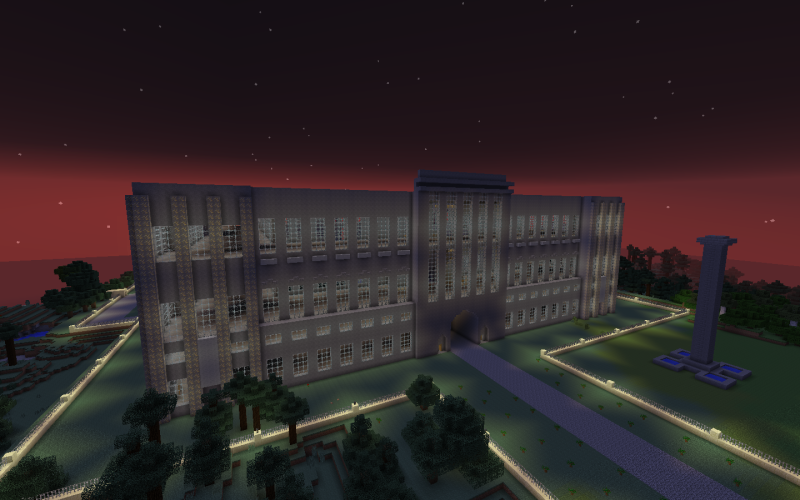 We've sorted the access issues we had on the laptops, and now the pupils can really crack on with the building of the Palace design.

By the end of the latest club session they had completed the outline of the East face, and were well on the way to getting the other faces of the building completed; 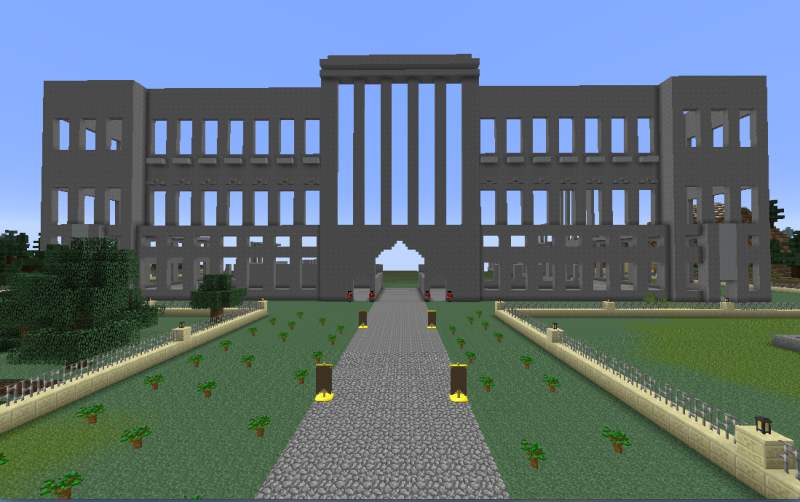 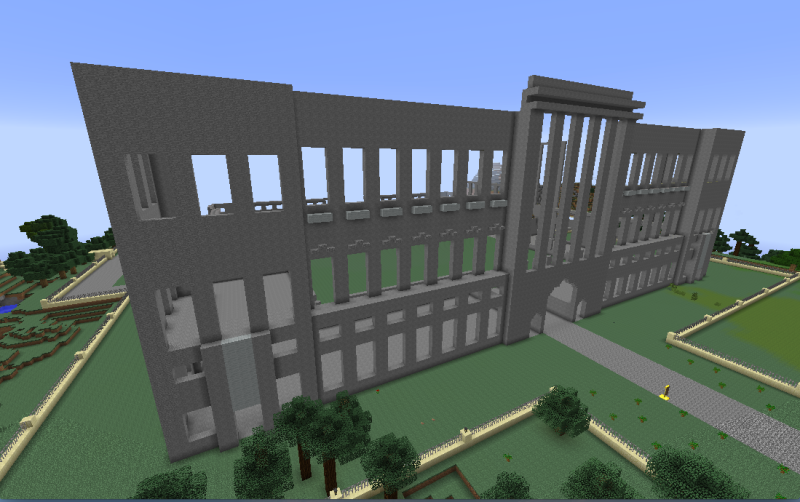 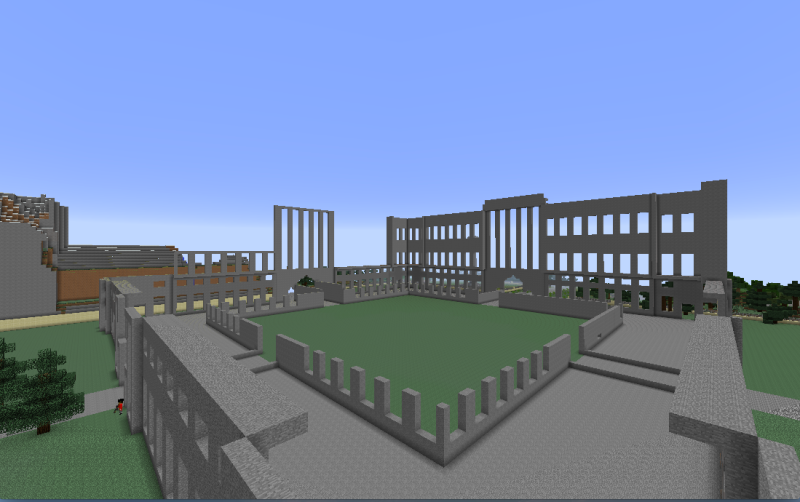 So the footprint for the pupils new project has been laid. Along with security guards, fences and even a familiar looking column. 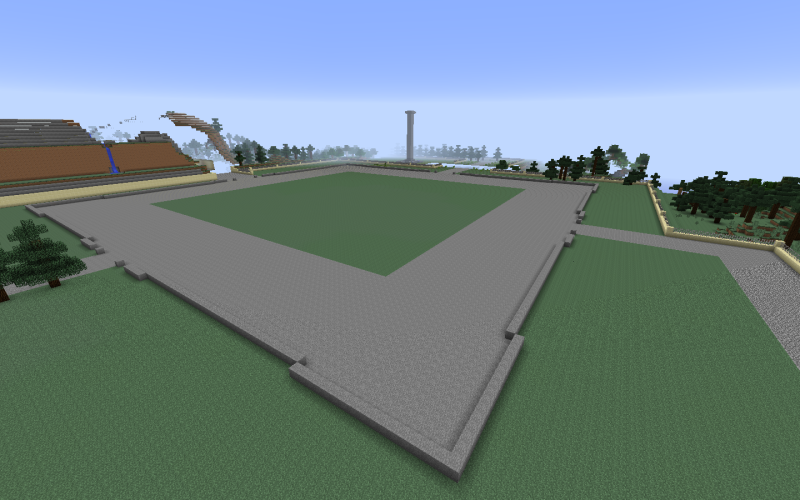 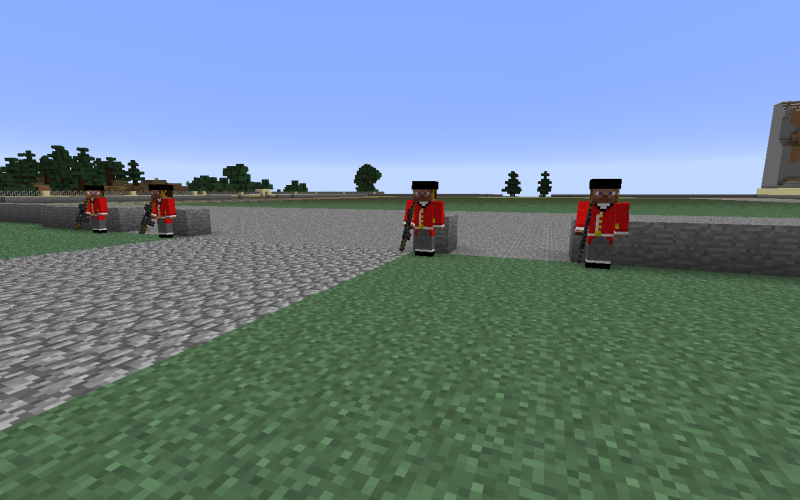 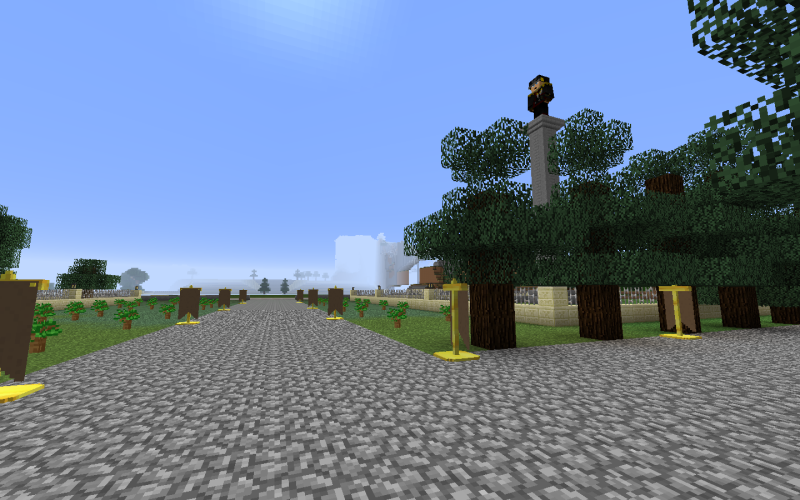 We're still having issues with the school laptops - meaning that things have dropped to a snails pace as we have only my staff laptop accessing our world.

However - the Pixel Art is now completed, and when viewed from high up we can see this; 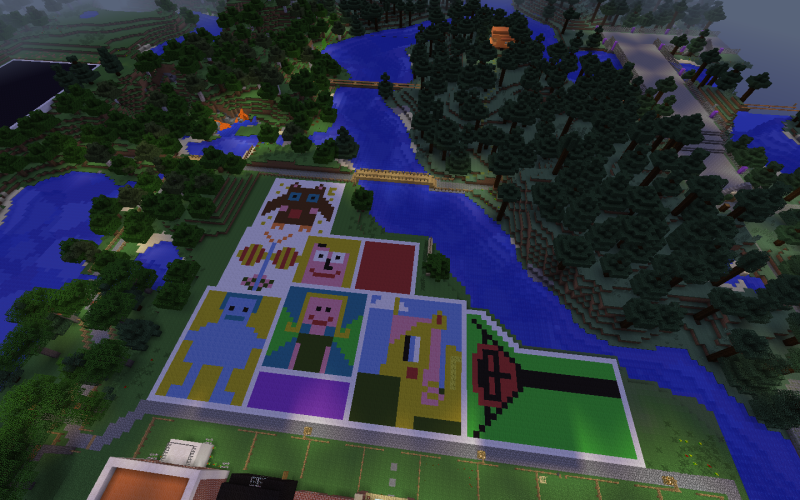 Now the pupils are starting on their next idea - they want to build Buckingham Palace(!!) and so have found some images, done some calculations about window sizes and blocks needed and then started to draft out their plans on squared paper. They have even scouted around the world for a suitable location and have chosen a large open space behind the Great Explorers childhood mansion.