When I added a façade behind the modular park to hide the back wall, and then did the same thing in the small alleyway gaps between the separate units of Assembly Square and the alleyway of Detectives Office I knew that I would need to do something similar in the gap between Assembly and Downtown Diner. The gap behind the stairs leading up to the gym and record studio were showing the back wall and needed to be hidden.

After seeing the look of the Daily Bugle tower block set I considered something similar at first, but in the end I opted for an old fashioned warehouse façade to be placed in the distance beyond the diners stairs. The design of the warehouse jumped to mind instantly - a local landmark that has been around for almost 80 years (although currently in the process of being demolished) - a 1930's style bonded warehouse.

Like the previous façades I only needed it to be around 2-3 studs deep, and so sourced the pieces needed to make a tribute to a bonded warehouse. 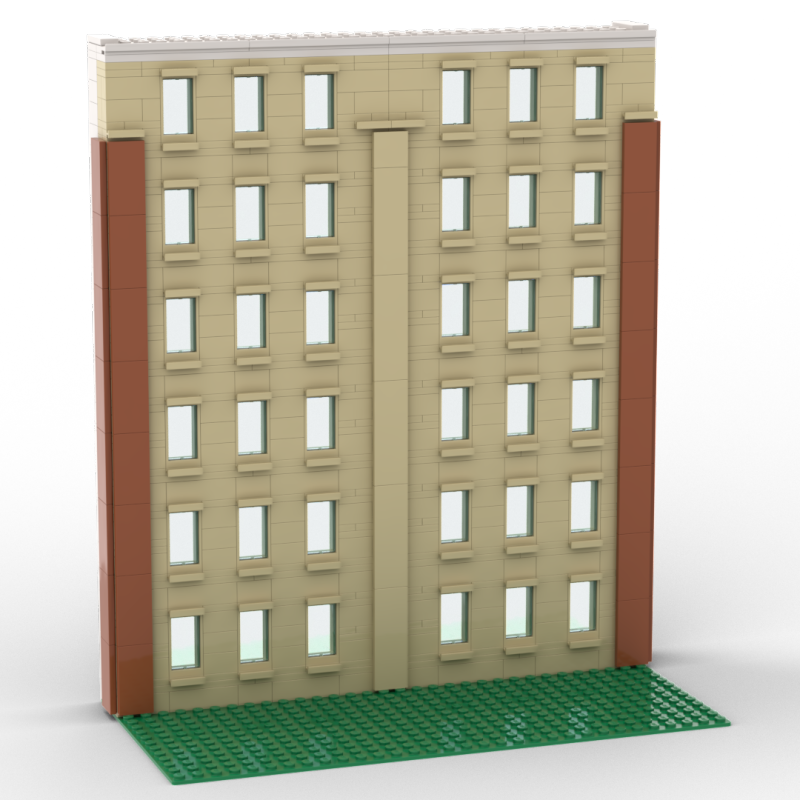 Once built and in place it filled the gap perfectly, and added more depth to the whole street like the previous façades have done. 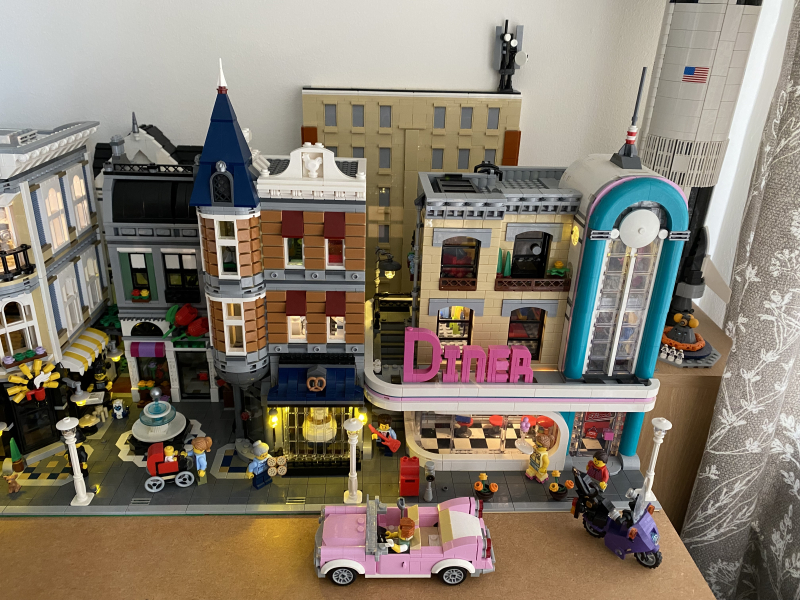