The final addition to the street is a façade that can be seen in the gap between the Parisian Restaurant and Brick Bank modulars. I had previously built a raised billboard sign for this area that never fitted in well, so decided that a disused brick viaduct façade with a billboard sitting above the old rails would look good.

Like the previous façades, it only needed it to be around 2-3 studs deep, so I designed it and then sourced the pieces needed to build the model. You'll see from the image below that it is modular, and built from 3 identical sections. The right most  section has a billboard placed on the top of it. 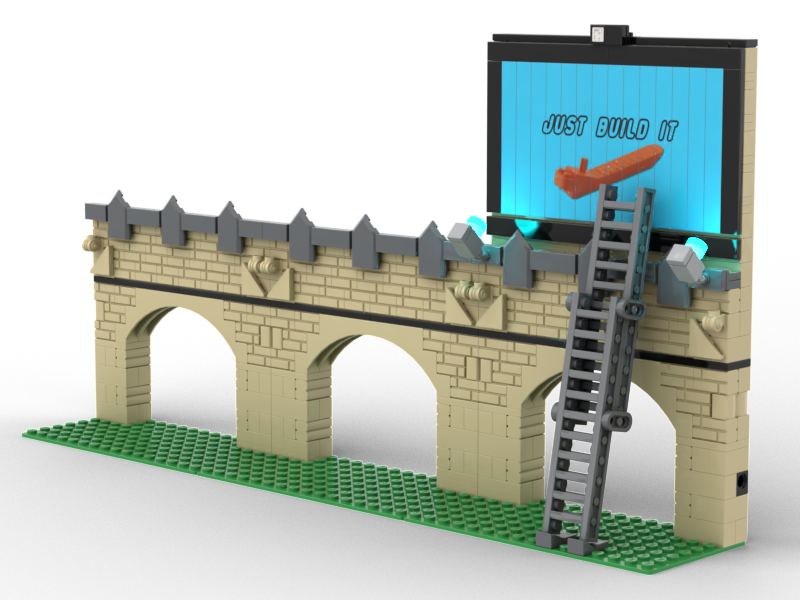 Once built and in place it filled the gap between modulars, and the custom made advert tiles Minifigs.me were the perfect addition. It added depth to the whole street scene like the previous façades have done. 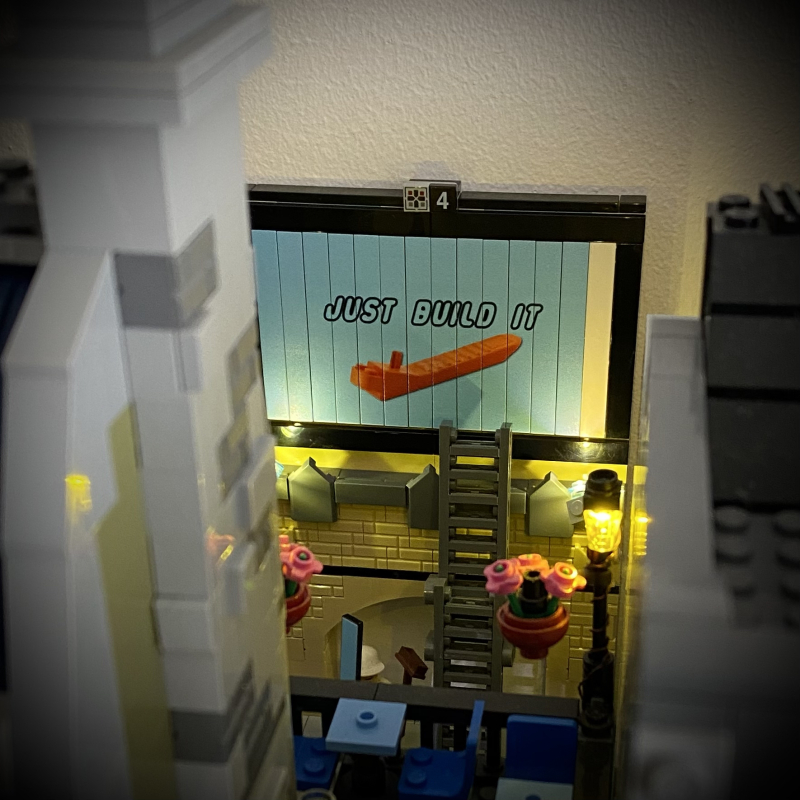