The next build, Palace Cinema, is a two storey corner modular build and, like the Brick Bank modular, it has no baseplate space at the rear.

The ground floor of the cinema is the main foyer area with ticket windows, a food area and stairs leading to the first floor. The first floor contains two rows of seats, a large screen on the wall and a projector. Outside of the cinema there is an overhanging canopy advertising films on offer, and a tall cinema signage feature. 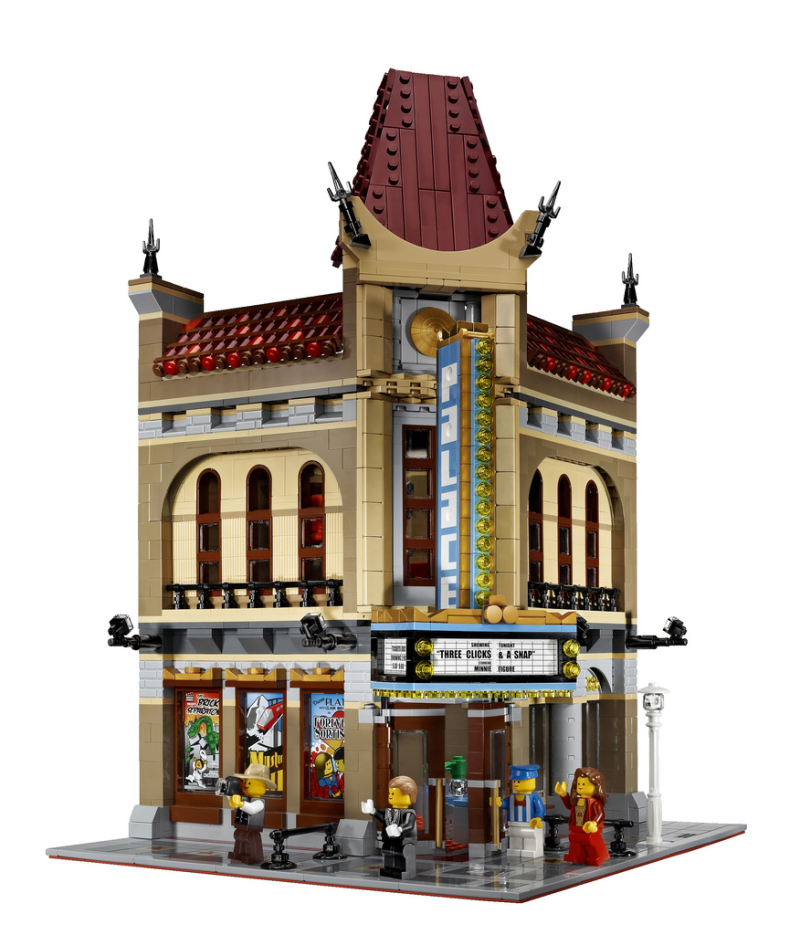 Ground floor: a LED strip in the foyer area and 2 BIT lights in the searchlights positioned outside on the pavement.

First floor: a BIT light connected to a flicker board in the projector.

Removed pieces were placed behind the concessions stand inside the cinema as there was no rear space to fix them.

Next up will be Assembly Square. Watch this space.