The street is full. There is no more room for another modular to be added to it. This is a problem as I have the Corner Garage to build at some point, as well the Police Station that will be ordered once it is released. Add these two modulars to the desire to still obtain Cafe Corner, Greengrocer, Grand Emporium and Town Hall at some point (fingers crossed!) and I need more room.

The solution that I've thought about for a while is to go around the corner. I have plans for another similar base unit and shelf arrangement for another wall. Unfortunately, being locked down and stores being closed as a result of the pandemic has delayed this.

However, previously I had created a corner piece - an inverted corner piece as the road is not turning in on itself (as corner modulars do) - and added it next to the Fire Brigade modular. It's a simple inverted corner piece with a flower arrangement, a couple of posters and a high fence. I also included a lamp seeing as the street is being powered.

A single BIT light has been used in the hanging lamp. 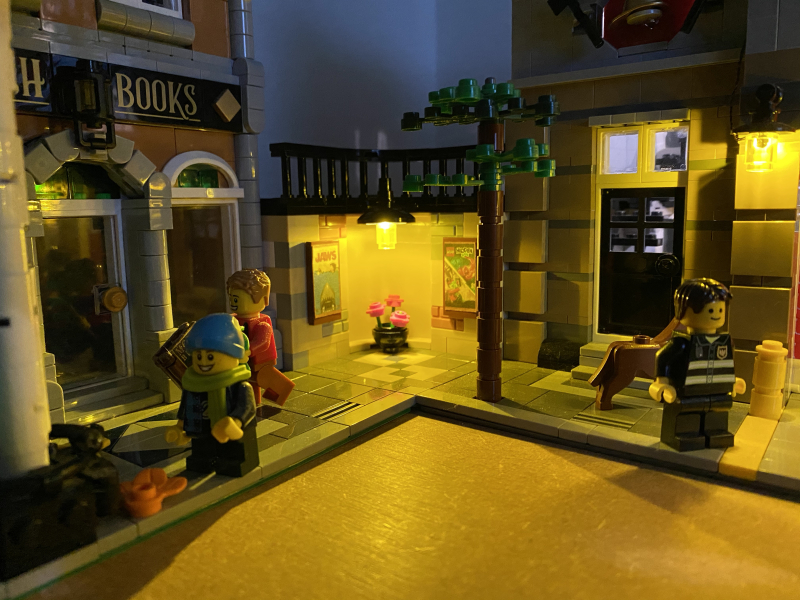 As you can see, it fits in well and turns the street through 90º allowing additional modulars to be connected extending the street.

At the moment, I have placed the bookstore as the first modular around the corner, as a 16xstud width building needed to come out of the main street to make room for the inverted corner element. As the Pet Shop has already been powered up and wired in, I left that as it was. 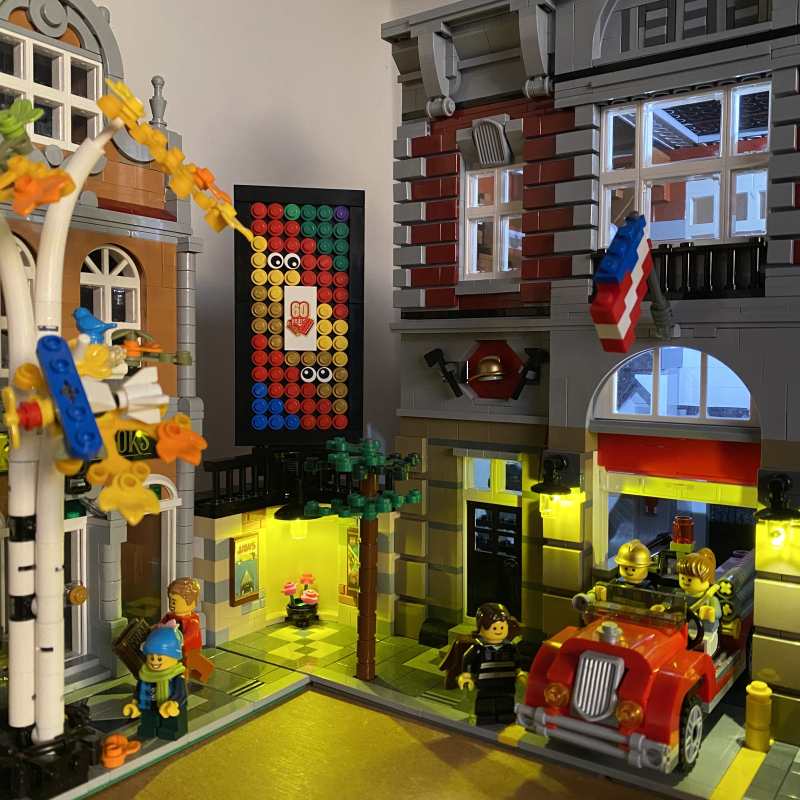