The first of the modular buildings in my project is the Fire Station (officially known as the Fire Brigade). This building consists of just two floors - both are wide open spaces. At the front of the ground floor are two external lamps. 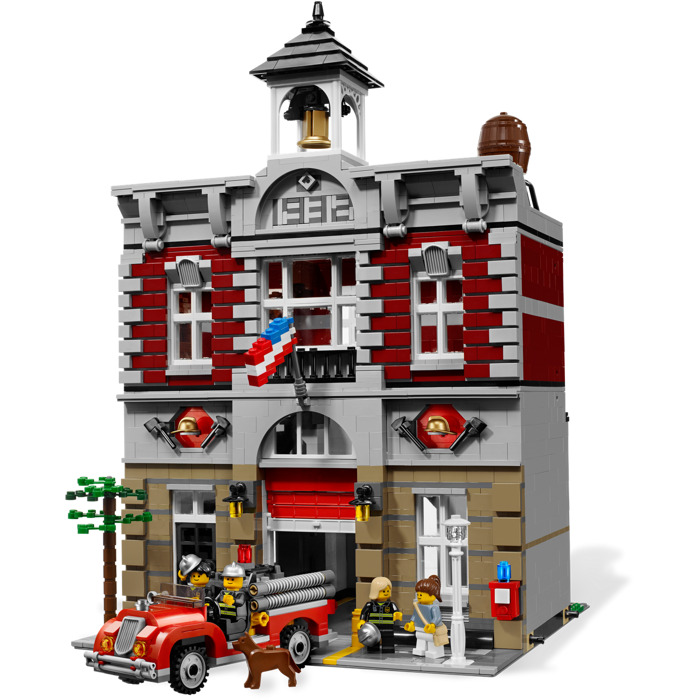 Ground floor: two BIT lights in the outside lamps and a LED strip inside the fire station.

First floor: a LED strip in the kitchen area.

(There was no image taken when this modular was completed, and so the image below - taken much later - shows other modulars around the Fire Brigade also lit) 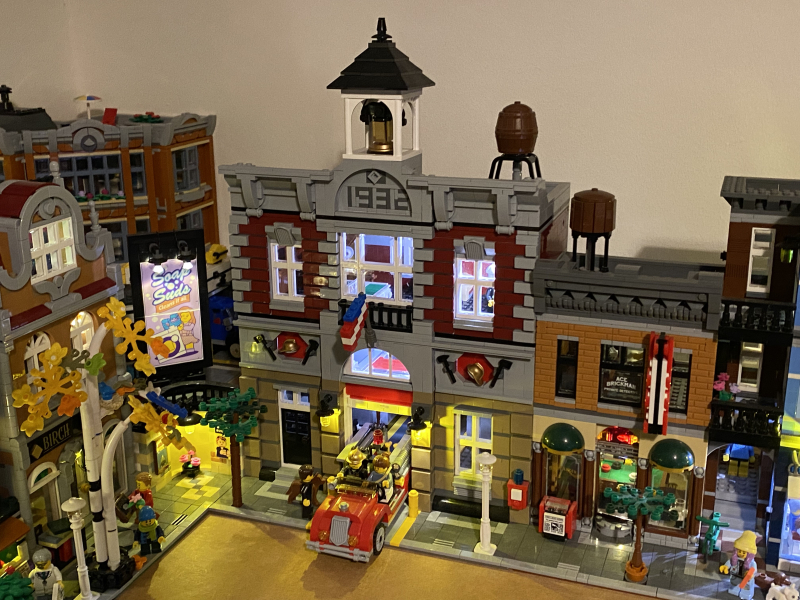 Finally, as these modulars are displayed against a wall, and the rear of them will not be seen, I made sure that the grey tiles and plate that were taken out (for the wireless connectors) were snapped into place on the baseplate to keep them safe. There's nothing worse than being unable to find the original pieces when it comes to packing a set away.