When the children returned, and told of their adventure and the wonderful beasts they had encountered they began to create a card game so that others could learn about the beasts. The rules to the game were simple;

Up to 5 people can play.

Deal out the cards (some players may have more than others to begin with).

Look at the top card, the youngest player chooses a category (Stars, Evolution Level, Speed, Signature Move, Bonus Skill or Total Score) and calls out the value (a number, or number of stars).

Other players call out their value.

The highest value wins all the cards.

Winning player places them at the BACK of their hand of cards.

In the event of a tied value, played cards are placed on the table and the players with the tied values play again with the next card in the pile. Winner takes all played cards.

Players are out when they have no cards left.

Winner is either (1) Player who wins all the cards or (2) Player with most cards at end of a fixed period of time. 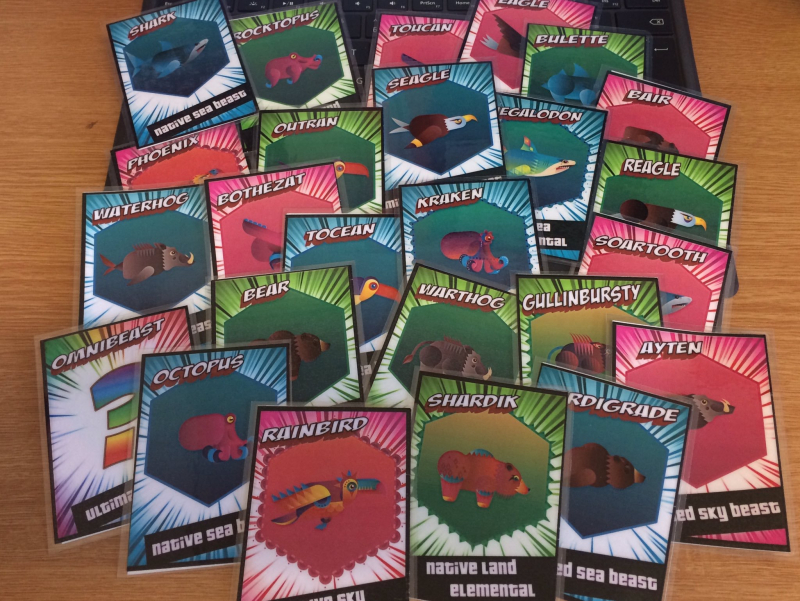 Their completed game can be played by downloading, printing, cutting and laminating these cards; pdf | ComicLife file

If you were to make the cards yourself in Comic Life, and ask Sensible Object for permission to use their images in your project, you could create a "professional" class set to play with using a service like moo.com.  The images below are business card sized playing packs. The advantages of this pack over the home made above are that there are no sharp edges from the sliced laminate pouches, and your opponent has no idea what your cards are as the backs are all the same now. 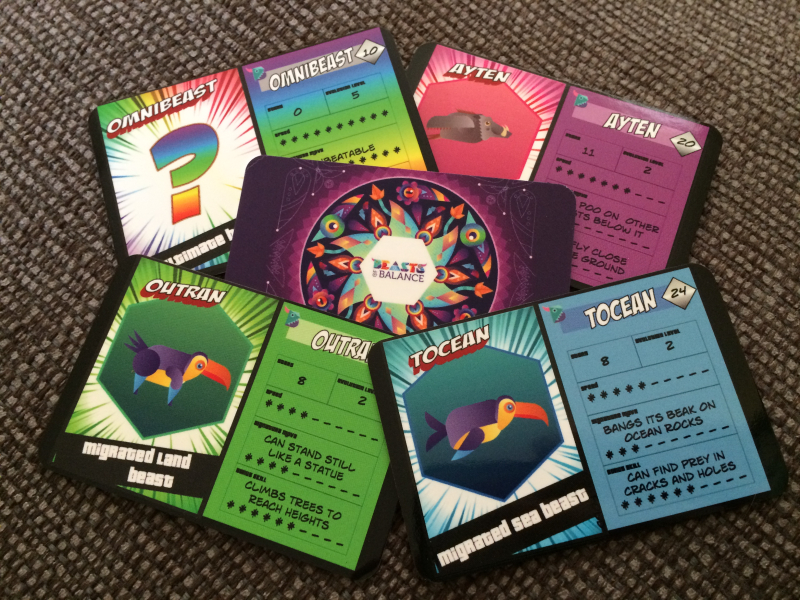